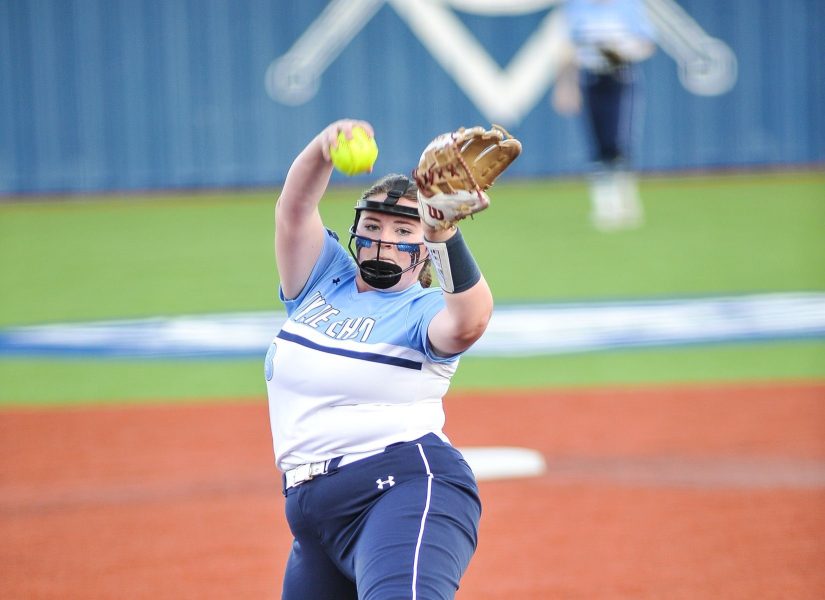 Duff held the Lady Leopards in check all evening, allowing just four hits. The Lady Raiders (6-3, 14-11) capitalized on six walks from the Lovejoy starting pitcher, setting up the first run of the game in the bottom of the second inning.

Isabella Flores drove in Lauren Hall with a two-out single. Hall got there by walking to start the inning and was sacrificed to third base later on for the second out. Head coach Demi McNulty said she trusted Flores to come through in the big spot.

In the third, Andrea Boling added an insurance run with a home run over the left-center field fence. Duff then took care of the rest, finally striking out the final two batters in the seventh. She now has 141 strikeouts on the season and has won her last five district starts.

With the victory, the Lady Raiders remain in third place in the 10-5A standings and two games behind The Colony. They’ll host the Lady Cougars this Friday at 6:45 p.m.