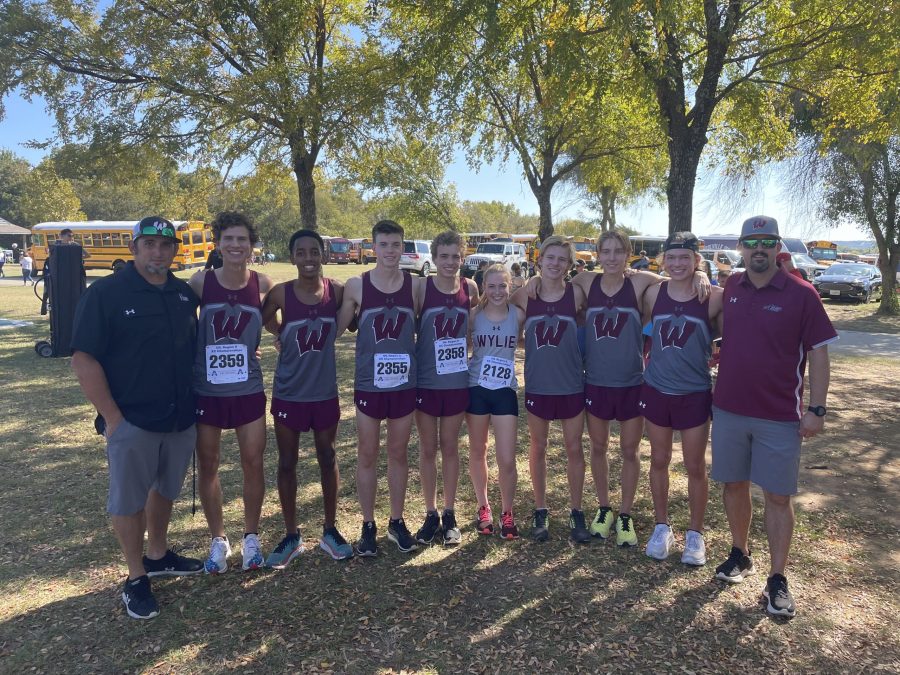 The Wylie boys cross-country team is booking its trip to Round Rock.

The Pirates finished third overall at the Region II-6A tournament on Oct. 25 at Lake Joe Pool with 120 points. With the top four teams qualifying, Wylie narrowly edged out Tomball, who ran in fourth place with 127 points.

Leading the way for Wylie was Nathanael Berhane, who finished second overall for the boys race with a time of 15:33.66. He finished 4.74 seconds off of the pace of the race winner, Kyle Easton of The Woodlands.

“It is great to be going back to state as a team,” head coach Calley Conner said. “The kids ran really well today. Our kids pack ran better today than they have all year. We have some work to do before the state meet but I feel confident they will be ready.”

In the girls meet, Wylie finished 13th overall as a team with 383 points. The Pirates beat out Sachse (389 points), who were ahead of them for the district championship meet. The regional meet winner was The Woodlands (61 points).

Along with the top four teams qualifying, the top 10 runners not on the four qualifying teams also qualify for the state championship. Liv Lambert finished 17th overall (19:08.84) but 10th among the non-team qualifiers to get a state championship bid. Klein Oak’s Gabrielle Hoots finished first overall at the meet (17:58.4).

Lambert and the boys cross-country team will travel to Round Rock on Nov. 6 to participate in the state championship meet. The girls race is scheduled for 11:30 a.m., while the boys will race at noon.

This story will be available in the Oct. 27 issue of The Wylie News. Support your community newspaper for less than $40 a year.