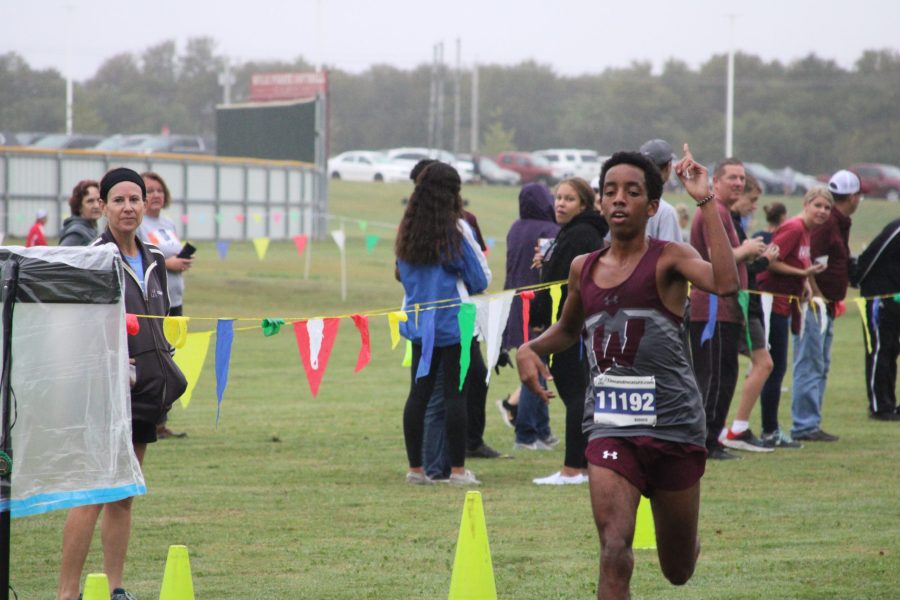 Once again, the Wylie Pirates are representing the district with a championship.

Running in their home course, the Wylie boys varsity cross-country team finished first overall with 17 points for the District 9-6A Championship. The following closest teams were Rowlett and Sachse, with 73 and 78 points, respectively.

In the meet, Wylie had all seven of its varsity runners finish in the top nine, with each of those runners advancing to the regional championship meet. The top three teams send their best five runners, plus any other runners with a top 10 finish also advance.

The top runner for Wylie was Nathanael Berhane. He crossed the finish line first overall with a time of 16:07.8. It was Berhane’s slowest race of the year and the first time he finished over 16 minutes, running in the wet and humid conditions Thursday morning in Wylie.

Still, Berhane finished nearly 30 seconds ahead of the next fastest runner, Wylie’s Hunter Jackson (16:46.1). Rounding out the top three was Caden Biltz, running in third place (17:11.7).

In the girls race, Wylie ran in second overall with 40 points. They were just 16 points off the pace of Sachse, who won the girls varsity meet.

The Pirates did have the individual winner, with Liv Lambert crossing the finish line with a time of 20:10.3. That time was also her slowest of the season while dealing with the harsh conditions. Lambert crossed the finish line 45 seconds ahead of Anna Eischen from Sachse, who finished second overall.

Nabeela Nasser and Alexandra Salinas ran for Wylie and finished in the top 20 and will qualify with their team.

Wylie’s regional qualifiers will run at the Region 2-6A Championships on Oct. 25 at the Jesse Owens Complex in Dallas.

The full story will be available in the Oct. 20 issue of The Wylie News.