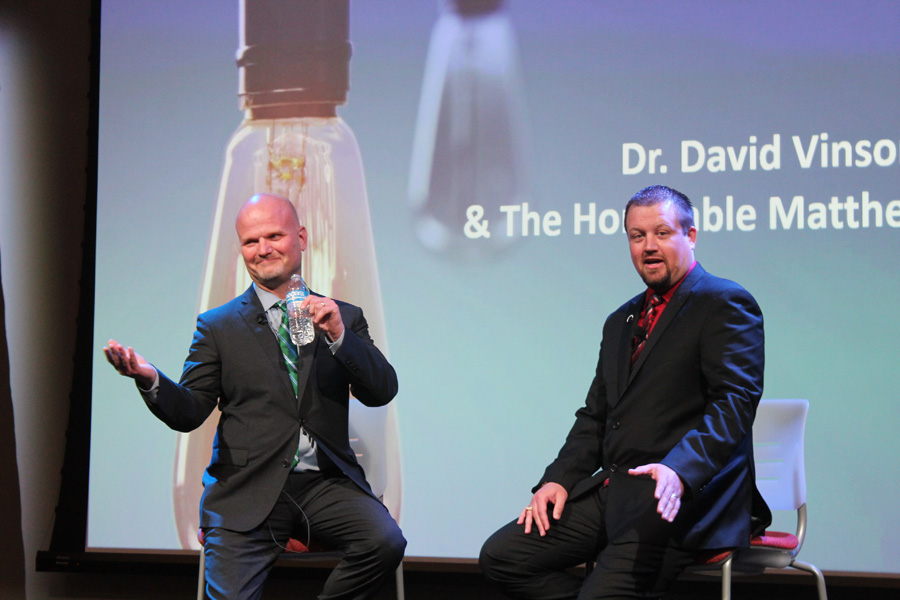 The city and school district pulled together to help people during the February winter storm.

That was one of the messag­es conveyed by Wylie Mayor Matthew Porter and Wylie ISD Superintendent David Vinson at the Wylie Chamber of Commerce State of the City and State of the Wylie ISD Luncheon April 27 at the Col­lin College Wylie Campus.

Porter and Vinson spoke individually and then joined each other at the end on stage to talk about events from the last year. Each leader talked about major happen­ings, including the effects of COVID-19 on the community in the past year.

In his individual statement, Porter said the city had a chal­lenging year for local small businesses, although the city set up a program that had funds from the CARES ACT. Local nonprofits were also helped in the program as they fielded a ton of requests for help. A number of individuals in the community and beyond also needed help during the year, with bills, housing and or even food.