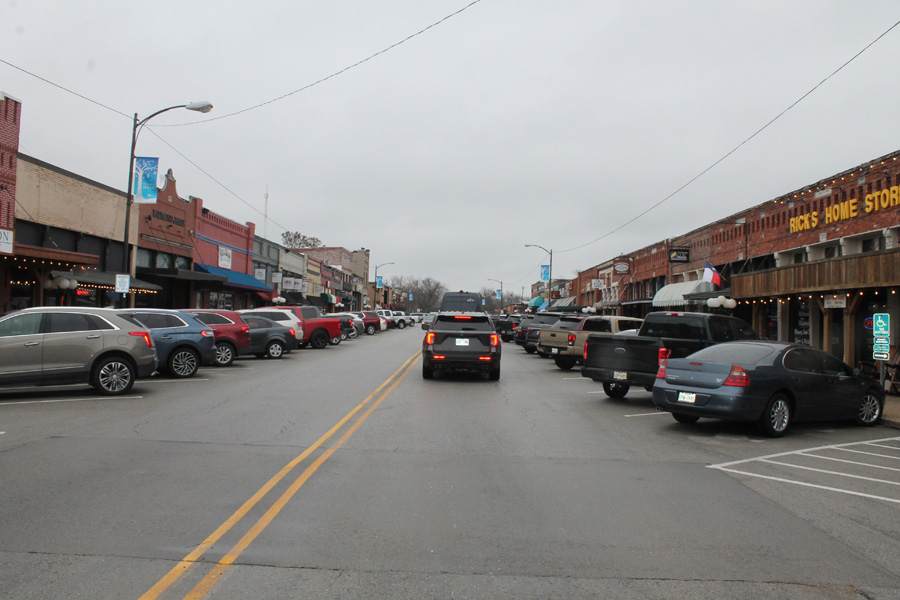 This is bustling downtown Wylie on a recent Saturday afternoon.

Want to take your hound or pooch to a dog park?

A bond committee to study what recreational and infrastructure ad­ditions to construct in Wylie will be formed in the next few months, Mayor Matthew Porter said. A hav­en for residents’ canine companions might be one addition that could be included in a bond package.

The bond committee, which would have to be officially ap­proved by the city council and would feature city residents, will consider a number of projects in different areas of the city, and they will include amenities from the parks master plan, such as an aquatic center, which the city coun­cil discussed at a meeting in late January. Other possible projects include trails, dog park and amphitheater. Infrastructure projects that need funding such as McMillen Road with the S curve also will be ex­amined, Porter said. Other projects could be changes to the downtown area, such as drainage, sidewalk improve­ments and the like.

For the full story, see the Feb. 10 issue or subscribe online.