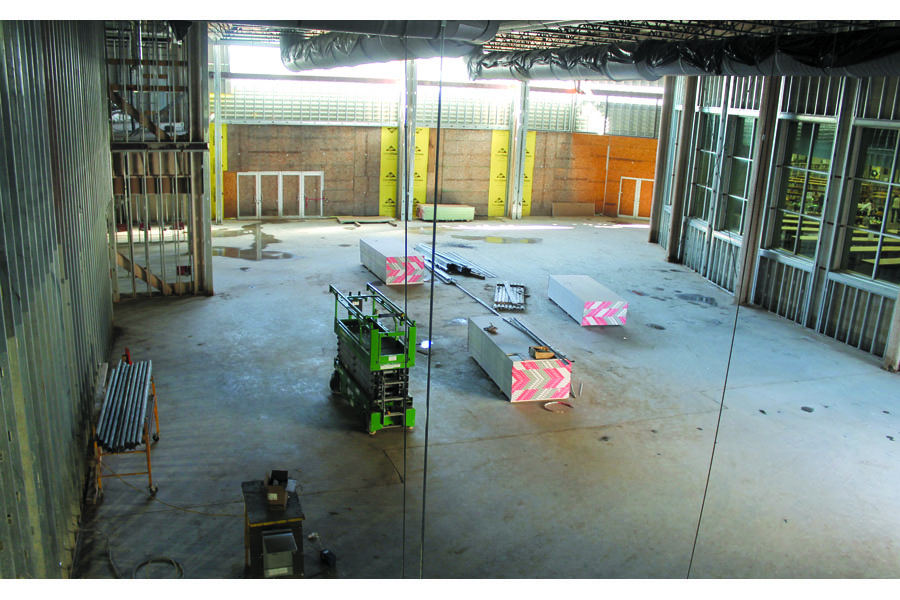 This is a view from above the space that will be an expansion of the cafeteria at Wylie High School.

The Wylie ISD board on Monday took a tour of the two district’s high schools to see construction progress in the schools as part of the 2019 bond program.

Multipurpose buildings and renovations and additions are being done at the two high schools – Wylie High School and Wylie East High School – and some other schools around the district. Monday’s meeting was a special called session.

Before the tour, WISD Superintendent David Vinson gave an update about the bond program to trustees, and his presentation included all schools in the band, not just the two high schools. Trustees learned about the growth in the district as well as about master planning, future construction and the transition plan for full-day pre-kindergarten in the district.