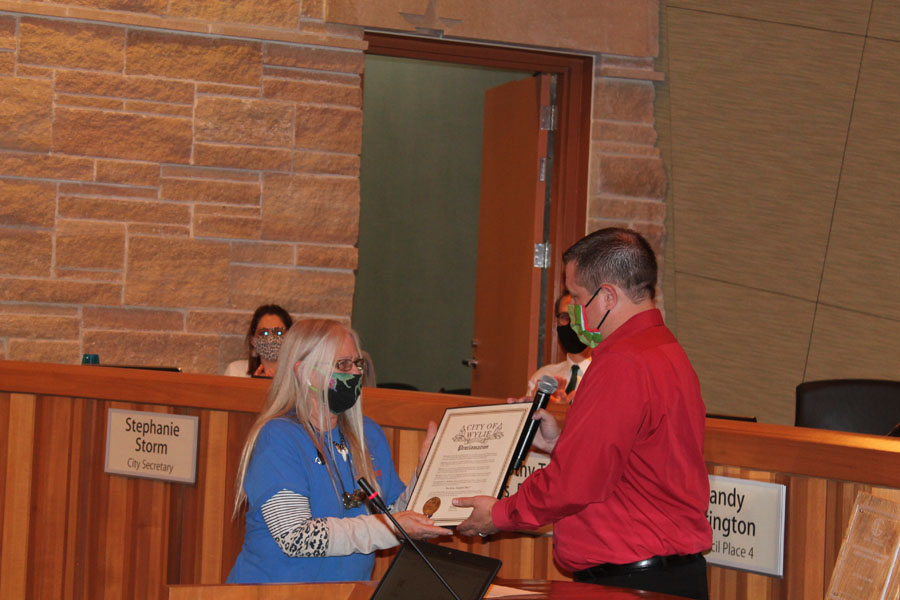 The Wylie City Council declared today, Dec 9, to be In-Sync Exotics Day as the council did a proclamation honoring the Wylie non-profit organization during its regular meeting Tuesday. The council recognized In-Sync Exotics for its 20 years of service in rescuing and caring for exotic cats.

Also Tuesday, in a work session when no action was taken, councilmembers heard information about the condition of the city’s roadway network, with streets graded on a scale from Good to Failed. Sidewalk analysis was not included. In April, the council approved paying for a Pavement Analysis Services from Data Transfer Solutions, LLC, based in Orlando, and Scott McDonald, from DTS, led the presentation at the meeting. Most of the city streets were in the Good and Satisfactory range.

The city council heard information Tuesday on a potential request from a developer for a change in zoning from Neighborhood Services District to Multifamily District for an apartment complex on two acres on Country Club Road, north of Brown Street. The council provided feedback on the request, with six voting members of council – the mayor and five councilmembers – split on the current proposal, which can be tweaked. Councilmember Jeff Forrester was absent from the meeting.