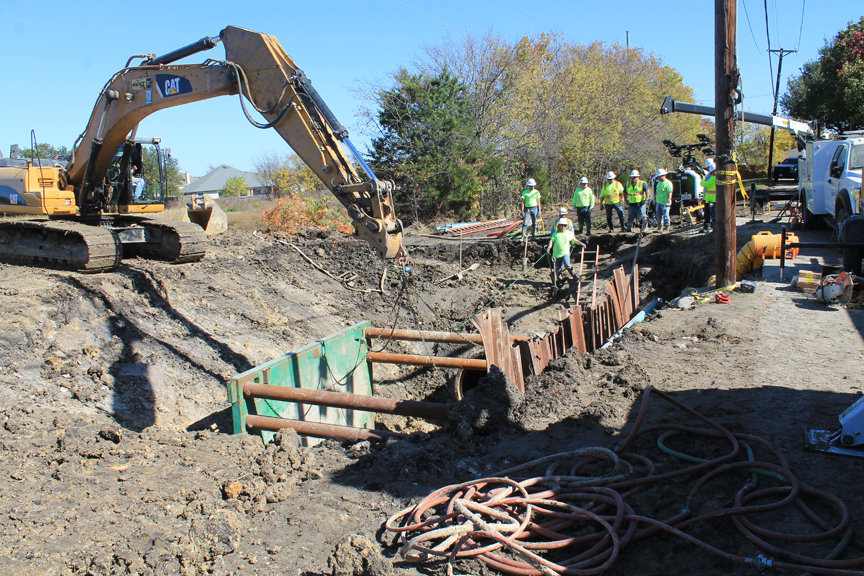 The 60-inch concrete pipe is just north of the alley behind East Gaston. Reports indicate that four homes and two cars were flooded.

The damaged section of the pipeline has been removed and will be replaced with a new section of pipeline. Repairs are expected to be completed and the water line fully returned to service by Thursday.

The pipe is part of North Texas Municipal Water District’s infrastructure. Wylie is a member city of the district.

According to NTMWD officials, water service to the member cities and customers who are partially served by this waterline have not been affected.

Officials stated that water service will continue through the duration of the repair period, that water quality has not been impacted and the water is safe to drink and use.

According to the district, less than five homes have been impacted by the treated water released.