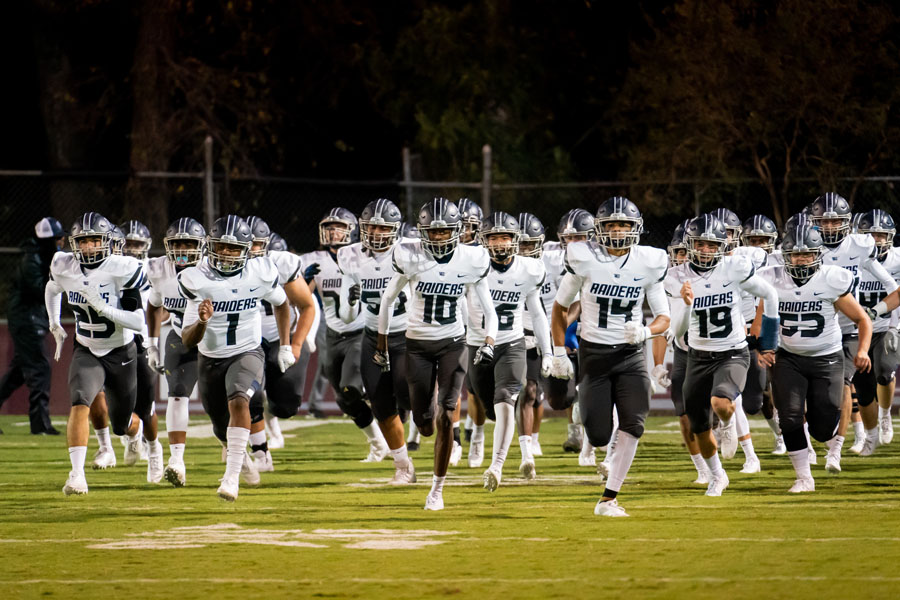 After a two week hiatus, Wylie East found themselves back under .500 on the season. It was a difficult performance for the Raiders, who lost their first district game on the year.

They’ll look to get back on the right foot against one of the top teams in the district in Longview. The Lobos are cur­rently 4-1 on the season with a strong offensive attack. Here are Wylie East’s three keys to victory against Longview.

The Raiders turned the ball over three times last Friday. Sherman was able to capital­ize, scoring 17 points off of those turnovers. Turnovers can swing a game and it did for Wylie East as they fell out of it due to their own mistakes. On top of the turnovers, that doesn’t even include the errors made that costed the Raiders.

It was something Wylie East failed to do against Sherman, as they surrendered 339 yards on the ground to the Bearcats. Longview is no different un­fortunately for the Raiders.

For the season, Longview averages 226 rushing yards per game. They’re currently on a four-game winning streak in which they’ve averaged 50 points a game. Led by a two-headed rushing attack in Kaden Meredith and Markev­ion Haynes, the two combine for 976 yards and 14 touch­downs rushing.

It’s no secret that Wylie East is a run-first team. With run­ning back Christian Johnson and quarterback Terrell Wash­ington Jr., the Raiders again ran for over 200 yards against Sherman, finishing the night with 220 yards on the ground. The passing game is where they continue to fall behind. The Raiders for the game only had 260 yards of offense, 40 of which came through the air.

For the full story, see the Oct. 28 issue or subscribe online.