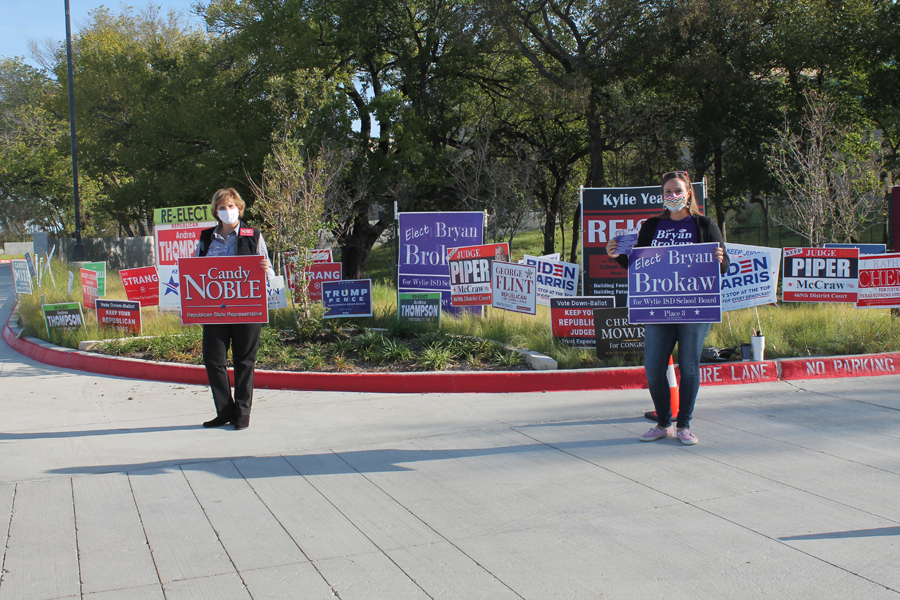 Early voting for the Nov. 3 General Election got off to a quick start last week in Wylie and throughout Collin County.

The tally for the first day of early voting, Oct. 13, at the two voting centers in Wylie was 993 and for the entire county was 37,831. The numbers only grew from there.

It took three days for Collin County to surpass 100,000 ear­ly voters, hitting 114,532 on the third day. That puts the county more than a third of the way toward the 290,008 count for the entire early voting period in the last presidential election in 2016.

Collin County registered voters can cast early and election day ballots at any voting center in the county.