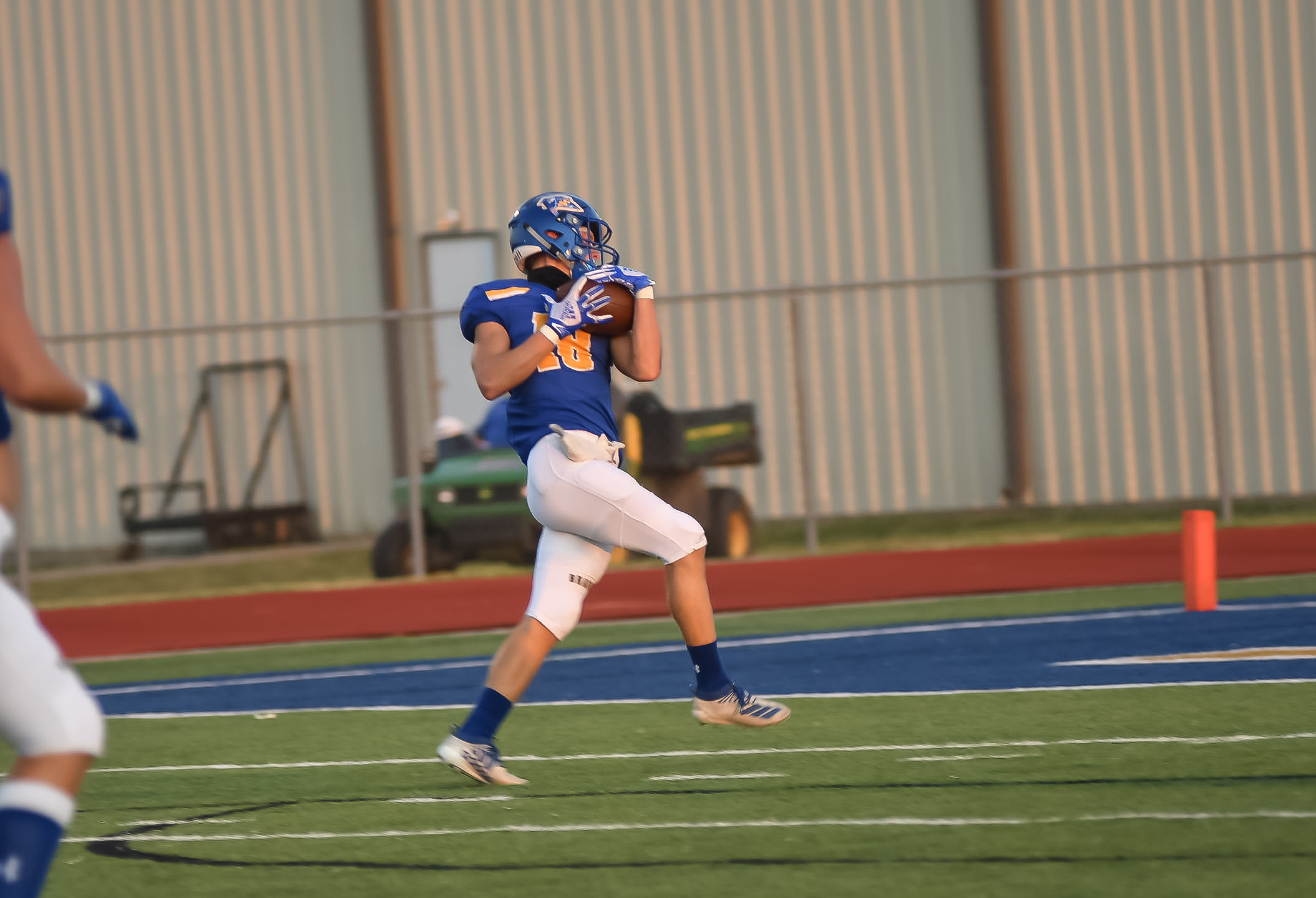 Class 4A and under kick off high school football.

An early touchdown offered Community hope, but they were quickly dashed as the Pottsboro Cardinals scored 42 unanswered points to beat the Braves 42-13.

Pottsboro, Dave Campbell’s second-best team in 3A, were the aggressors in this one, as the Braves defense had no answer for quarterback Braden Plyler. The Cardinals signal caller had 50 touchdowns on the year last season, as he led his team to the 3A Div. 1 state championship last season. He scored all five touchdowns in the first half, three rushing and two passing to his top wide receiver, Titus Lyons.

Coach Dustin Blann completed his first game as the Community head football coach and took away a lot about his team’s performance against one of the top teams in the state.

“I like the way the kids came out and battled,” Blann said. “We got better as the game went along, but with a new offensive and a new defensive scheme, we knew it would be an adjustment against a really good team.”

Despite the score line, Community had the lead early in this one. After punting on their opening possession, the Braves stopped the Pottsboro attack after a fourth down incompletion. That set up a 1st and 10 at the 43-yard line. Senior quarerback Paul Testa went deep on play-action and found fellow senior Ty Simpkins in the end zone wide open for an early 6-0 Braves lead after a blocked extra point attempt.

For the full story and next game preview see this week’s edition of The Wylie News. Print and digital editions and photos will be available on Wed.