Video: Mayor gets an earful 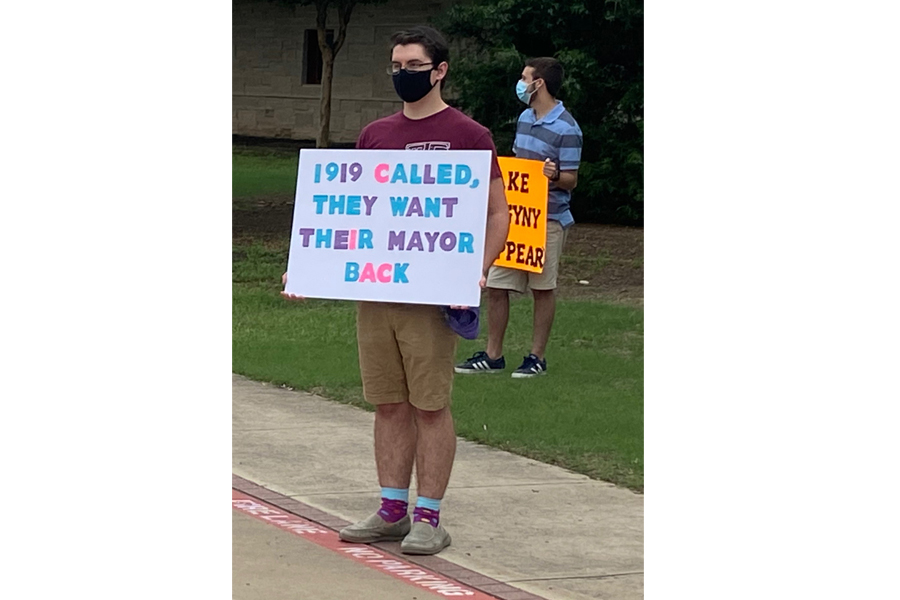 In the aftermath of an email in which Wylie Mayor Eric Hogue said it was against his religious beliefs to call on a woman to lead the invocation at a city council meeting, the mayor endured a dressing down by several women in the public comments portion of the council meeting held Tuesday evening.

In addition, about a dozen people gathered outside council chambers with protest signs, then brought their signs indoors as they listened to the comments.

Gwendolyn Falls prefaced her remarks with a short prayer that she pointed out was “led by a woman.”

“We put you in office for all the citizens of Wylie. You failed at that,” she declared.

A Wylie East High School 2019 graduate and student at Southern Methodist University, Hannah Hall, contended that Hogue did not recognize the principle of separation of church and state under which no religion can be endorsed by a governmental body.

“To promote a single religion in public office is unconstitutional,” she said.

Debbie O’Reilly gave the mayor credit for having served the city well, but declared: “Denying women the right to lead prayers undermines the rights of women.”

The council session also brought out a political candidate, Sean McCaffity of Lucas, who is campaigning as a Democrat for U.S. Representative, District 3. McCaffity took a few minutes to weigh in on the issue.

Prior to the public comments, Hogue offered some remarks but not an apology for his views.

Although the mayor has allowed women to lead a council session prayer, those women were selected or scheduled by someone other than the mayor. Hogue, who has served 12 years as mayor, has never personally selected a woman to lead a public prayer.

He pointed out that he has supported women in leadership positions, but he also has never compromised his convictions.