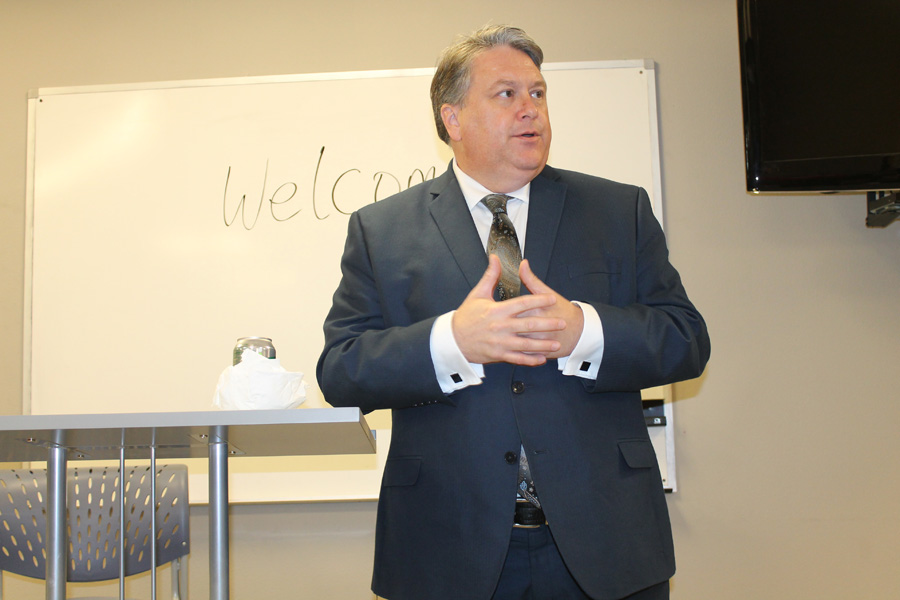 Wylie Mayor Eric Hogue has come under fire after he pointed out in an email response that it was against his religious beliefs for a woman to lead a prayer, namely to start a city council session.

Hogue was responding to a request by Mayor pro tem Jeff Forrester to select a member of the “Youth With a Mission” group working in Wylie to offer the prayer at the May 27 council meeting.

“Sounds good. I would like that. All I ask is that those leading the public prayer be young men,” the mayor said in his response.

He went on to cite two Bible verses to justify the exclusion of women from leading a prayer and note that as a preacher at Cottonwood Church of Christ, he takes the verses literally.

One of the verses, 1 Corinthians 14:34-35, states, “Let your women keep silence in the churches: for it is not permitted unto them to speak; but they are commanded to be under obedience as also saith the law. And if they will learn anything, let them ask their husbands at home: for it is a shame for women to speak in the church.”

The other passage, 1 Timothy 2:11-12, reads, “Let the women learn in silence with all subjection. But I suffer not a woman to teach, nor to usurp authority over the man, but to be in silence.”

Hogue has served as mayor for 12 years and chose this year not to seek another time. The May election in which he was to be replaced was postponed until November because of concerns about COVID-19, leaving Hogue in office until then.

Since the email surfaced, there have been mounting calls on social media sites for Hogue to step down immediately, or be removed from office.

“I decided months ago I was done,” the mayor said of his decision not to seek another term. “I wanted to be done in May.”

Mayor Hogue released a statement just after Noon today. It reads as follows:

To whom it may concern,

Recently, an email I sent to Mayor pro tem Jeff Forrester has been circulated regarding my thoughts on a group coming to lead the invocation before a city council meeting. In the email I quote a couple of Bible scriptures of why I believe the way I do, but in the email I also state, “I understand not everyone may agree with me, but I can’t go against my conscience.”

I would like to address some of the comments that have surfaced regarding that email.

First, please know that I believe a woman has every equal right that a man does. For example, 14 years ago, I was one of the six council members to support the appointment of our City Manager, Mindy Manson. She recently retired after serving as the longest City Manager in our city’s history, and I still miss her leading our community. I believe a woman can hold any position in the public or private sector and should be paid equal to any man.

I have also never told a woman, scheduled to lead the invocation at a meeting, that she cannot lead a public prayer. During my years of public service, 12 years as the mayor, seven years as a council member and three years as a member of the Planning and Zoning Commission, a number of women and men from all types of religious organizations have led our invocations.

For many years we had different organizations and individuals work with the city staff to find volunteers to lead the invocation before our city council meetings. There are times, in more recent years, that I have had to pick a member of the city council, city staff, an audience member or myself to lead the invocation just before the meeting. The groups and individuals who had volunteered in the past were no longer able to consistently find individuals to come lead the invocation. In these cases, based on my religious beliefs, I have looked for a man, whom I knew to be active in a religious organization, who I believed would feel comfortable leading a public prayer and asked them if they would like to participate.

I have not pushed my religious beliefs on any citizen, staff member or city council member, but I have also not compromised my beliefs just to appease anyone. If I am asked my opinion, as I was in this case, my beliefs are going to factor into that decision-making process. I would hope that any person, including any elected official, would do the same thing.

I am not asking you to agree with me, my religious beliefs, or my political beliefs, I am simply explaining why I responded the way that I did to this request from the mayor pro tem.

If it has offended you, please know that was honestly not my intent. In all my years of service to the city of Wylie I have always tried to promote and support all our citizens no matter their race, religion, or gender.

I also recognize that this is a free country and as has always been the case, if any citizen wants to lead the invocation, or the pledge of allegiance at one of our upcoming meetings, all you need to do is contact the city secretary’s office at Wylie City Hall, and you will be placed on an upcoming agenda. To my knowledge, no one who has ever made that request, has been turned down.

The next Wylie city council meeting is scheduled for Tuesday evening, May 26.