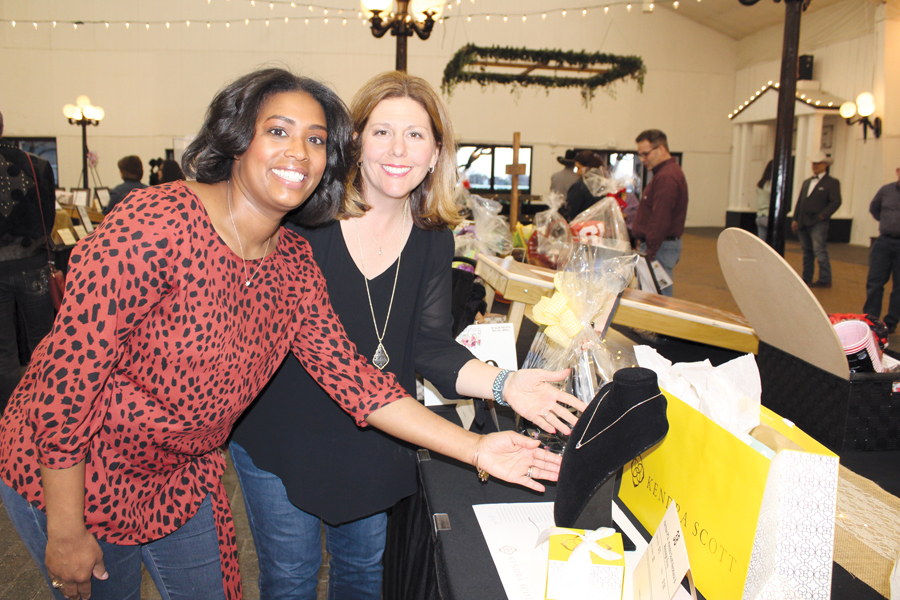 For the second year in a row, Boots ‘n Barbecue sold out tickets. There were 627 guests.

One of the highlights of the event is the presentation of the Elizabeth W. Garrison Award, which celebrates a woman who donates her time, talent and resources to the community. Becky Welch received the honor this year.

Welch is a graduate of Wylie High School who married her junior-high sweetheart. Her husband Robert, a first lieutenant in the army, was killed in Afghanistan in 2011. She created the 1LT Robert F. Welch III Charity and has organized the yearly Run for Our Heroes race since 2012. Additionally, she also established an endowment with the WISD Education Foundation.

Since she was not able to attend last weekend’s gala, the Foundation committee surprised her with the award in advance, recorded her reaction and shared it with the audience.

Boots ‘n Barbecue emcees were Wende Liebert and Bryan Brokaw, who held a camping challenge to determine who is more loyal to the Wylie ISD brand.

“The best thing about this party is the way our community joins together to celebrate,” said Lori Villarreal, Executive Director of the Foundation. “With proceeds enhancing education in Wylie ISD classrooms, we dramatically reduce expenses because our local community donates time and talents so generously.”

For the full story, see the Feb. 26 issue or subscribe online.