Awareness key to combating human trafficking in US 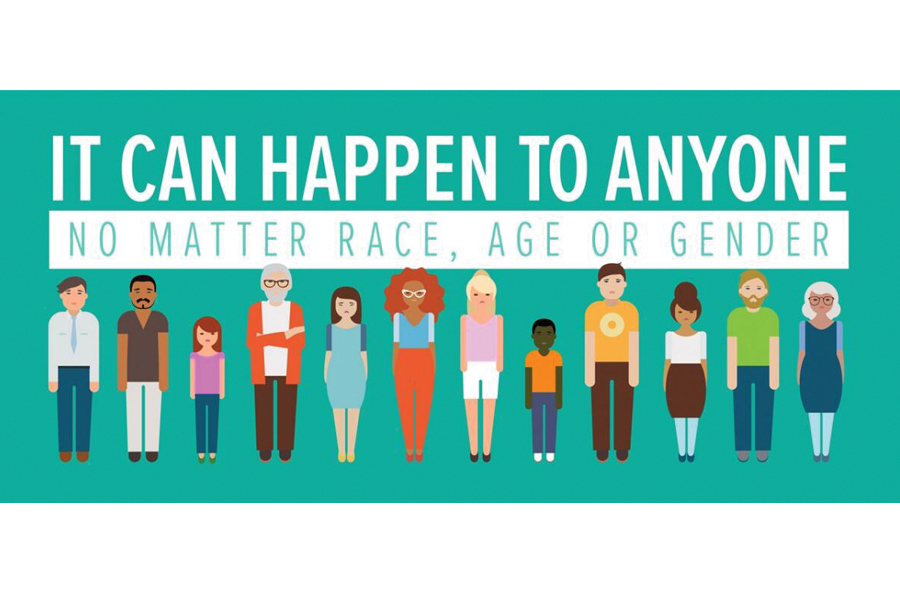 January is Human Slavery and Trafficking Awareness Month and each year strides are being made to bring awareness to this crime. Texas continues to rank second in the nation in human trafficking cases reports the National Human Trafficking hotline.

Human trafficking is defined as controlling a person through force, fraud, or coercion to exploit the victim for forced labor, sexual exploitation or both. Domestic minor sex trafficking occurs when children, under the age of 18, are commercially sexually exploited through prostitution, pornography, and/or erotic entertainment. Now considered a growing threat to the safety of children and teens, youth are being trafficked across the country and the DFW Metroplex. A University of Texas study estimates that as many as 79,000 Texas children are victims of human trafficking. It is the second largest criminal industry in the world, following drug dealing, and the fastest growing, according to the U.S. Dept. of Human Services.

Nationwide, Texas ranks first in the US for the number of active criminal human trafficking cases making their way through federal courts according to the 2018 Federal Human Trafficking Report. Houston and Dallas are the two major cities with the highest reports of trafficking. In 2018, the National Human Trafficking Hotline addressed 10,949 cases of reported human trafficking in the U.S. compared to 8,773 in 2017. California had the highest with 1,656 number of cases in 2018, followed by Texas with a reported 1,000 cases.

The International Labour Organization (ILO) and other leading groups report that globally, human trafficking is believed to be a $150 billion-a-year business and estimate more than 40 million people are victims of modern slavery around the world.

Prevention education for adults and children is the key in bringing awareness to this crime.

If you’re a parent, teacher, hotel or airline employee – even a bus driver – anyone who comes in contact with children on a regular basis, you could be the one to save a child or teen in trouble.

Sarolyn Morgan, victim assistance specialist for Homeland Security Immigration and Customs Enforcements (HIS-ICE) said traffickers are hiring and recruiting other teenagers to recruit for them. She urged anyone in contact with local youth to call 9-1-1 if they suspect a young girl or boy is being held against their will.

Some companies such a fast food restaurants and convenience stores which may encounter youth on a daily basis are implementing training programs to help employees recognize potential victims. Last month, a DART Paratransit driver was getting gas for his van when a 15-year-old girl approached him asking if she could have a safe place with him. The driver utilized his Safe Place training to help the teen who was escaping from an abusive situation.

The Safe Place program is a national program available to anyone needing assistance in the event of a crisis situation. DART, QuikTrip, and many other companies, are designated as Safe Places where runaways and at-risk youth can come to get help.

This type of crime requires the efforts of statewide and local entities to change the Texas statistics.

The office of Governor Greg Abbott has put wheels in motion to end sex trafficking as well. The governor appointed a Child Sex Trafficking Team (CSTT) to end this crime and help young victims. The team brings justice for victims by providing funding and training to criminal justice partners, empowering victim participation in investigations and prosecutions, and shifting cultural norms from blaming victims to holding exploiters accountable. According to the office of the governor, in the past three months, CSTT awarded over $26 million to programs that prevent child exploitation, identify and serve victims, and investigate and prosecute exploiters.

In June 2019, Abbott signed five bills that will aid human trafficking and sex assault victims. One in particular, HB 1590, creates the Sexual Assault Survivors’ Task Force in the Governor’s Office. The task force will advise the state attorney general’s office on rules regarding evidence in sexual assault cases and advise the Texas Commission on Law Enforcement on improving training for officers handling those cases.

In North Texas the Sheriff’s Department is fighting this crime, and many others, as well.

Sheriffs from Collin, Grayson, Hunt, Parker, Tarrant, Wise and Rockwall counties joined together in 2017 to fight trafficking by forming the Criminal Interdiction Unit. This partnership helps cease the flow of illegal narcotics and human trafficking victims being transported across the open highways and interstates of North Texas. This seven-agency initiative is the first of its kind in Texas and the United States.

Collin County Sheriff’s office arrested 18 men and one juvenile in “Operation Athena” in July 2019. It was a three-week, multi-agency investigation targeting internet-based crimes of trafficking and child pornography. As a result, 19 individuals were arrested. Three were charged with charged with Online Solicitation of a Minor  and others were charged with Possession of Child Pornography.

“The protection of our children continues to be one of my top priorities,” Collin County Sheriff Jim Skinner said in a prepared statement.

In October 2019, Parker Police Chief Richard Brooks reported that police are working to get ahead of the human trafficking issue in the area. The department hosted an educational event at Southfork Ranch called “A Parent’s Night to Learn About Human Trafficking. Lisa Martinez, Director of Case Management and Forensic Services with Collin County Children’s Advocacy Center, gave the presentation. She provided information on sex trafficking and recruitment methods used to lure minors, signs to look for, recruiting methods and the advocacy center’s response.

The North Texas Coalition Against Human Trafficking is a group of organizations that have banded together to push back against human trafficking. It includes nonprofits that assist victims of human trafficking in a variety of ways. Some groups offer schools, churches, and organizations workshops to assist, and educate anyone interested in helping or learning more about this crime.  Learn more at ntcaht.org.

Experts say human traffickers are some of the most violent offenders in Texas. If you suspect someone is in danger, don’t approach them yourself. Instead, contact law enforcement and allow them to respond. Report signs of human trafficking to the National Human Trafficking Hotline by calling (888-373-7888) or texting (BeFree)233733.