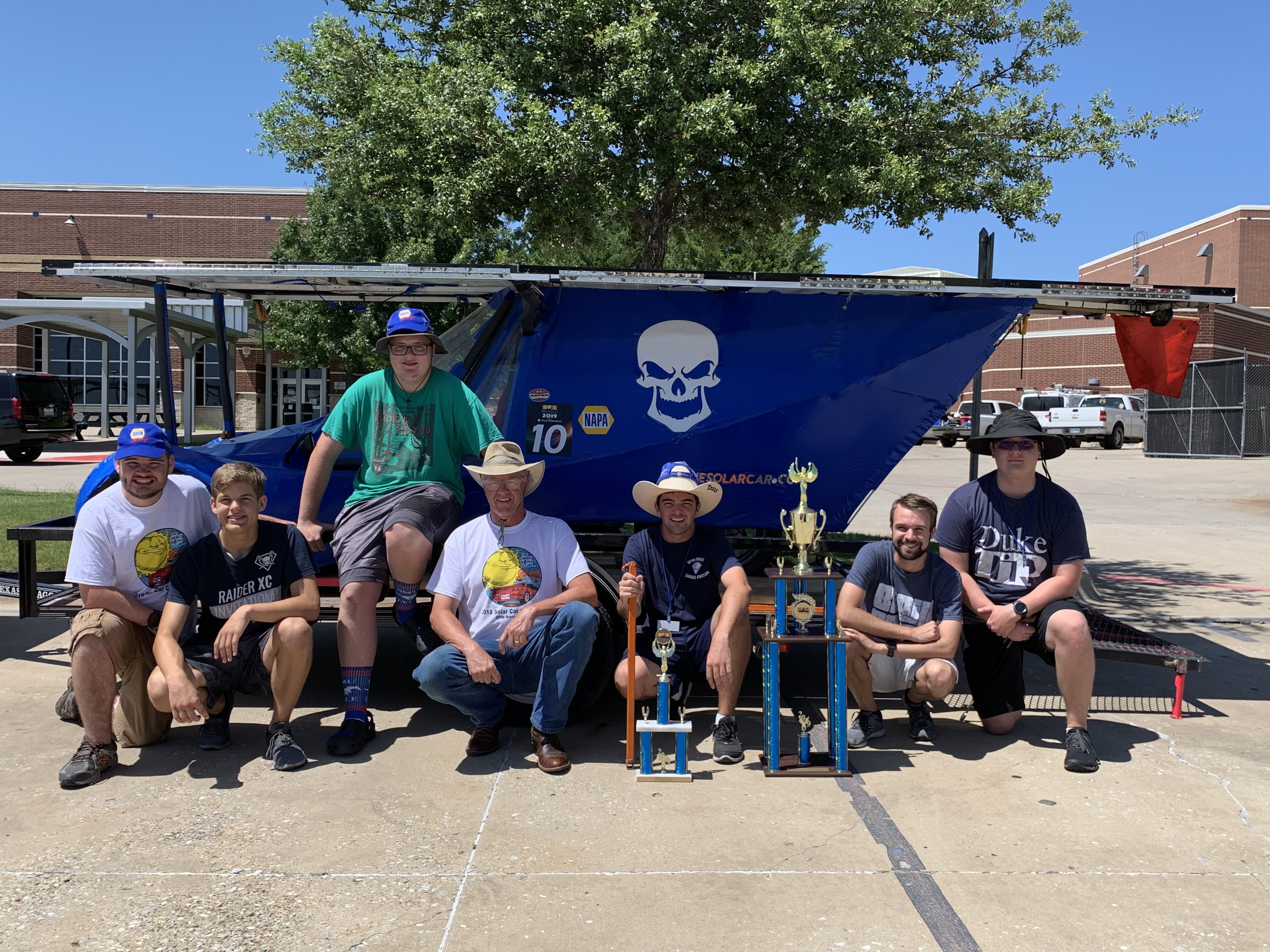 In a close race, the Solar Car Team from Wylie East High School finished second in its division last week at the Solar Car Challenge held at Texas Motor Speedway in Fort Worth.

The WEHS team, which led the first day, finished second to the Prosper Mighty Engineers. It was the second consecutive year that WEHS has finished second in the competition.

A total of 28 high school teams from across the United States built solar cars and raced for four days last week on the 1.5-mile track. Object of the race was to rack up the most miles, accomplished by driving at an ideal speed to conserve battery life.

Cars are powered by electric motors fueled by energy captured by solar panels. Although they may be capable of 40 miles per hour, or more, speeds in the race generally were in the mid 20s.

For the full story, see the July 24 issue or subscribe online.