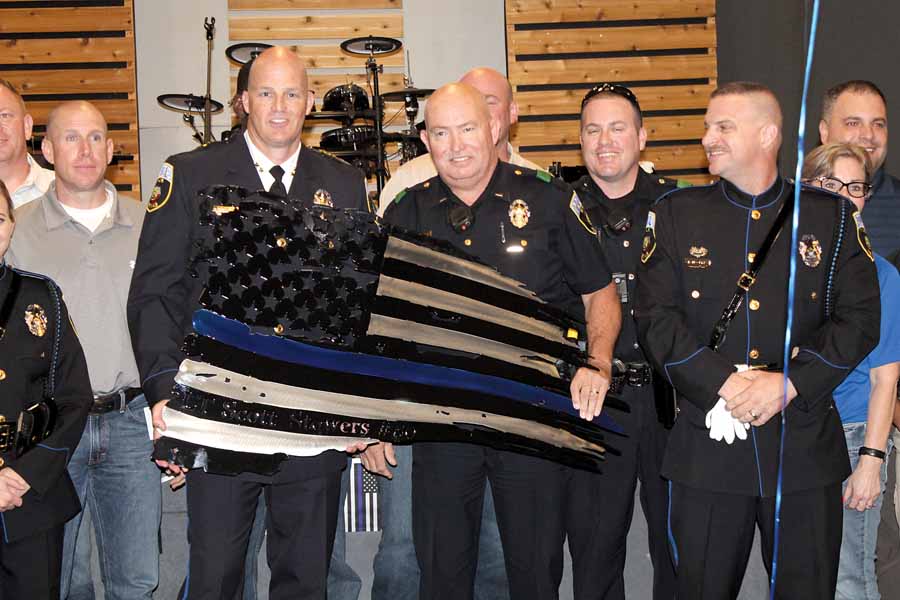 When he finishes his shift Saturday, June 15, Lt. Scott Stowers will close a 25-year-career in law enforcement, all of it served with Wylie Police Department.

Stowers was honored with a reception Friday, June 7, at Waterbook Bible Fellowship.

Wylie also had a population of just 9,600 when Stowers joined the department. Over the past quarter century, Wylie has grown to more than 50,000 people and the police department carries a complement of 65 officers.

For the full story, see the June 12 issue or subscribe online.