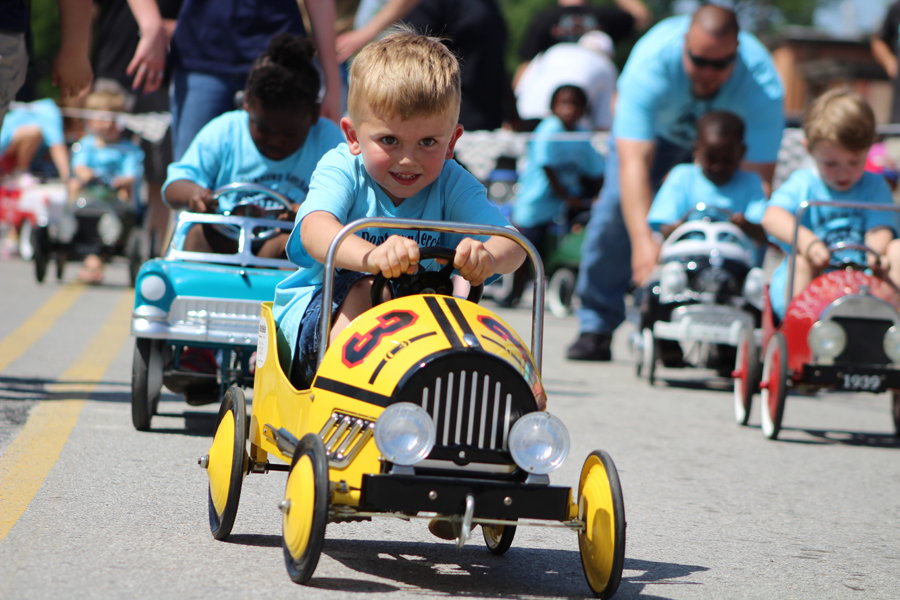 Young race car drivers, ages 2 to 5, compete for the checkered flag Saturday, May 5 during the 15th annual running of the Pedal Car Races in historic downtown Wylie.

Wylie Downtown Merchants Association and the city of Wylie sponsor the races. Registration opens at 1 a.m. and racing starts at 2 p.m. Entry fee is $10 and includes a T-shirt.

More than 200 children will select from a variety of pedal cars provided and decorated by merchants to race in heats of six for trophies and ribbons on the 500-inch straightaway. Racers are divided into age groups of 2-3 years old and 4-5 years old.

Ballard Avenue will be closed to traffic for the event.

In addition to racing, there will be children’s games, bounce houses and giveaways.