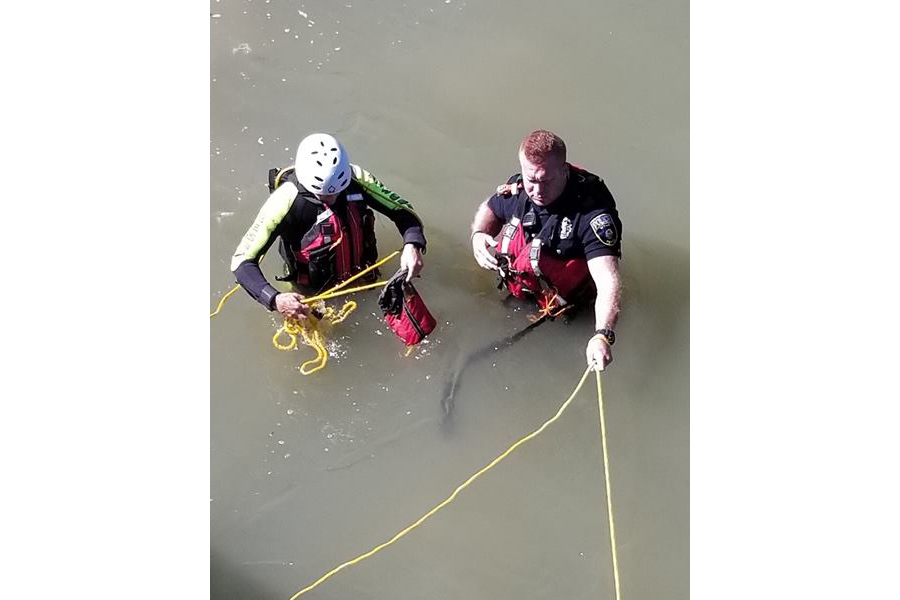 In a coordinated effort Saturday, April 20, Wylie Police and Wylie Fire-Rescue rescued a man who was trapped in strong water currents beneath the East Fork Trinity River bridge downstream of the Lake Lavon dam spillway.

A 9-1-1 emergency call was received at 4:01 p.m. reporting that a man was trapped in water below the bridge and police and fire officers were immediately dispatched to the scene.

The man, whose identity was not available, and his son were fishing from the bank when the man fell in the water and was swept downstream, Assistant Fire Chief Brandon Blythe said.

Arriving first, WPD Officer Sam Shipley went into the water and coached the man to hang on to the bridge until further help arrived.

When WF-R Battalion Chief Charles Brown arrived, he threw a life preserver and safety line to Shipley and directed the officer how to float the equipment to the victim, which he successfully accomplished.

A WF-R swiftwater rescue team arrived and entered the water to assist Shipley in the rescue. Blythe reported that only 17 minutes elapsed from the emergency call until the victim was out of the water.