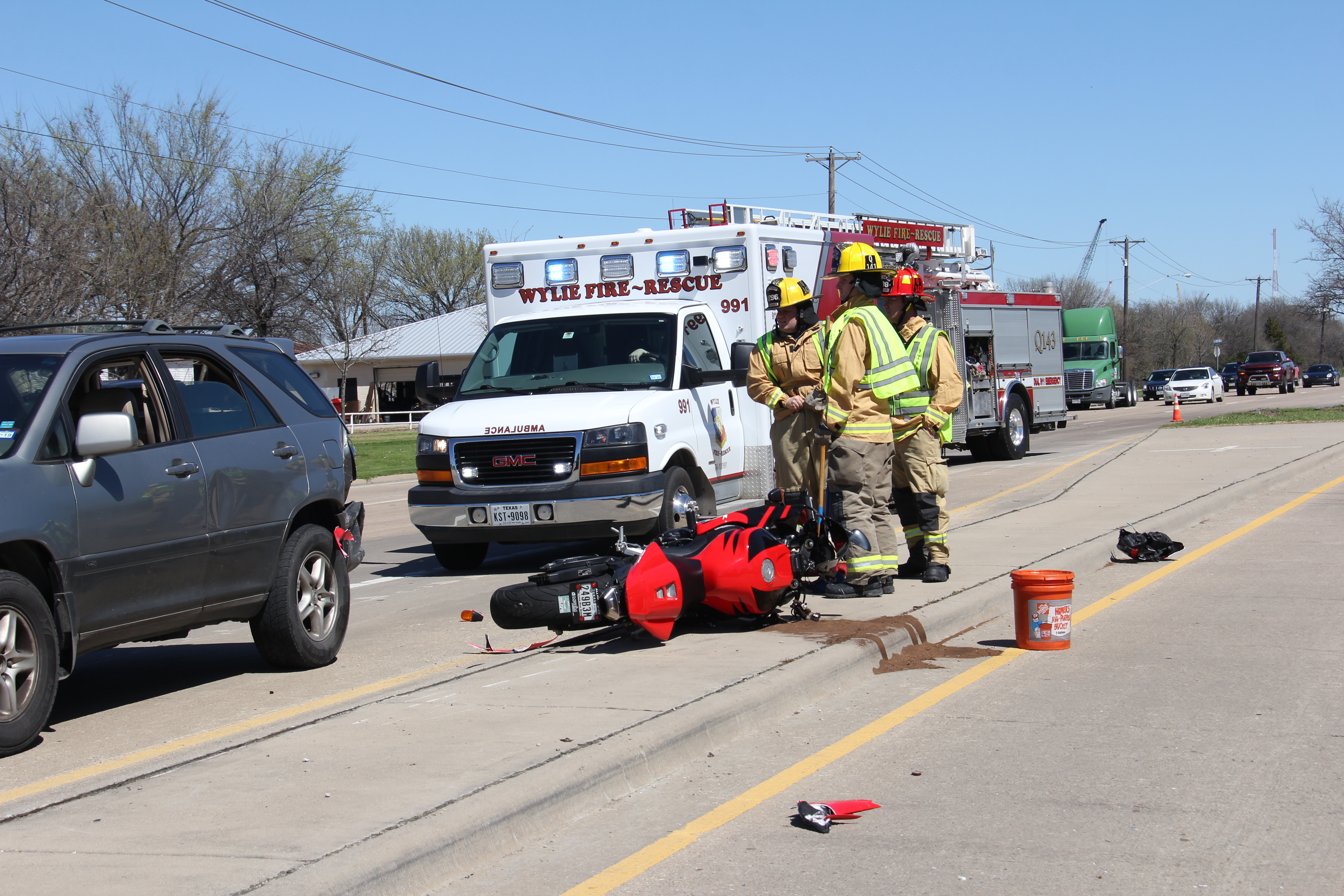 A motorcycle rider was treated at the scene and transported to a Plano hospital Thursday afternoon after a vehicle-motorcycle wreck in the 200 block of N. Hwy. 78 in Wylie.

Responding to the scene were Wylie Police and Wylie Fire-Rescue personnel.

Sgt. Donald English reported that the only injury in the wreck was to the motorcycle rider.