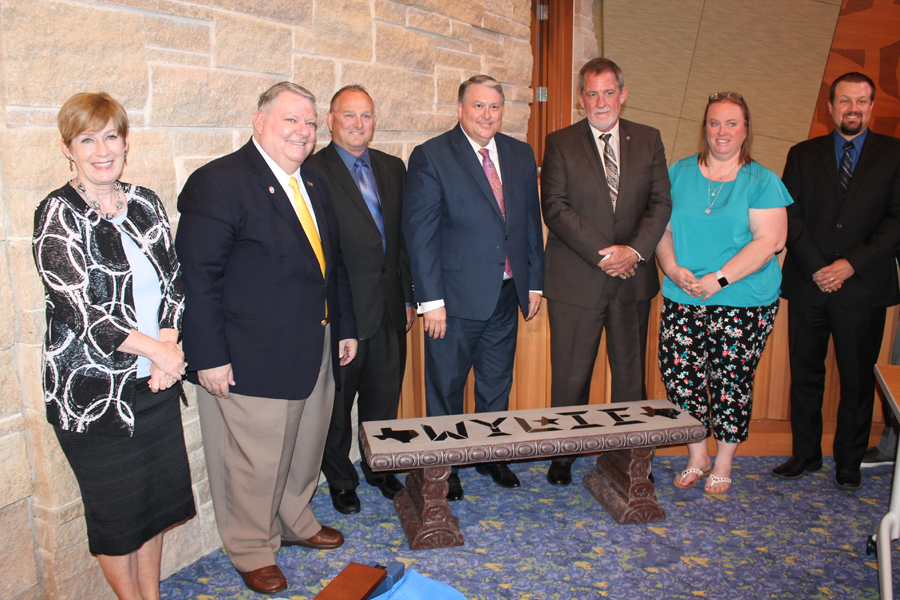 Garland ISD teacher Bud Johnson presented a bench made by his mansonry students to the city of Wylie.

The council met Tuesday, June 12, at the Municipal Complex. Helping to preside at the session was Junior Mayor Spencer Mancini, a first grade student at Groves Elementary School and son of Richard and Melissa Mancini.

McCarthy Architecture was hired to remodel Fire Station No. 2 at a cost of $93,000. The project includes adding a longer apparatus bay to house the new Quint that will have a 109-foot ladder, redesigning the station sleeping quarters to better accommodate male and female firefighters and creating a climate-controlled fitness area that is not exposed to diesel fumes from fire equipment.

The new Quint is priced at an estimated $1.3 million and is equipped with a 109-foot ladder so that firefighters can access larger and taller buildings built in Wylie. The Quint will replace an 11-year-old apparatus that will be moved to reserve status.

For the full story see the June 20 issue or subscribe online.