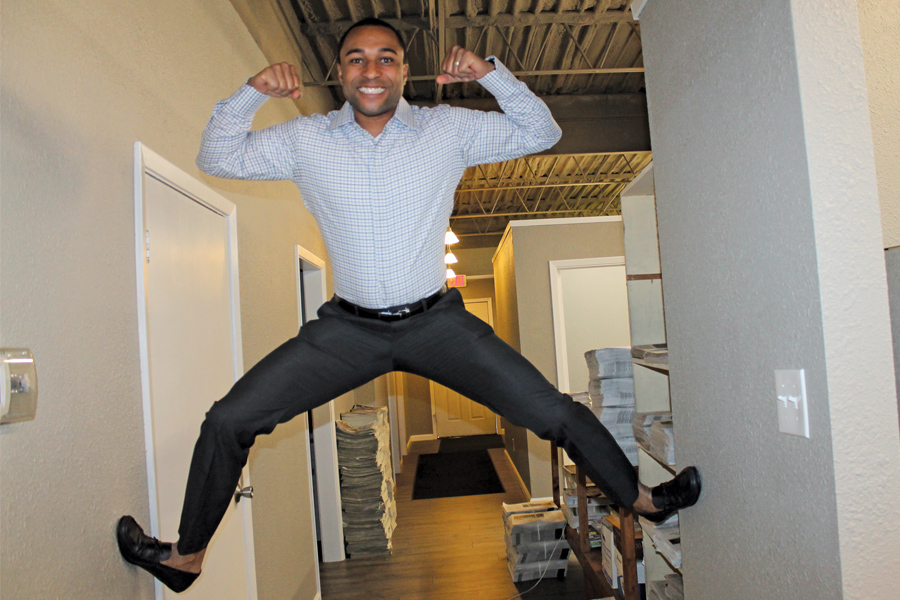 Wylie residents may recognize a neighbor, or hear a reference to their community, when the television show American Ninja Warriors airs an episode that was filmed at Fair Park in Dallas. The episode will be shown at 7 p.m. Wednesday, May 30, on NBC.

Competing for a chance to advance to the national ANW competition in Las Vegas, Nev., was Elliott Joliette, a 32-year-old pharmaceutical sales representative who lives in Wylie.

Joliette explained that ninja warrior competitions are held all over the country apart from the television show. It is it’s own sport.

“It’s something I wish I had picked up earlier,” the Wylie resident said. “It’s not as easy as it looks. You have to continuously train.”

Growing up in Houston, Joliette played basketball and ran track in high school, and played intramural sports while earning a degree in finance at the University of North Texas. He picked up the ninja warrior sport about four years ago after watching an ANW episode on television.

“I thought, I could do what they were doing,” the athlete recalled.

He started looking for gyms to start training and found one in the Dallas-Fort Worth area that allowed adjusts to participate in ninja specific routines—now there are 10 gyms in the area. Joliette trains at Ninja Nation in Frisco.

“It’s one of the best workouts. You don’t use weights. You use your bodyweight,” he said.

The ANW television show takes place once a year, with episodes filmed across the country airing over several weeks. Jolliette and other athletes in the sport compete more often at a number of gymnasiums.