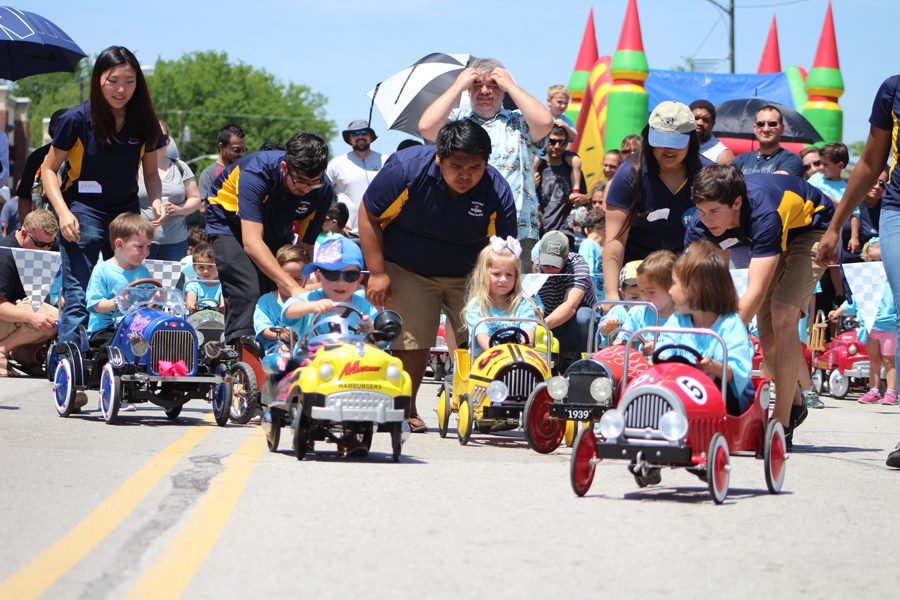 The track got a little congested at the start of a Pedal Car Races heat Sunday afternoon.

The event was hosted by Wylie Downtown Merchants Association and the city of Wylie. Title sponsor was Ballard Street Café.

Racers competed by age groups of 2-3 years old and 4-5 years old for trophies presented the top three competitors in each group. To narrow the field for the finals, heats of seven racers were held with the heat winners lining up for semi-finals then finals.

The 2-5 age group drew 97 entries and the 4-5 group boasted a field of 104 drivers. Racers drove pedal cars in a wide variety of styles provided by area businesses.

Claiming the first place trophy in the 2-5 competition was Porter Samuels who had a close race in Heat 7, then won his semi-finals round and the title race. Second place was captured by A.J. Angeles and Emily Klein finished third overall.

For the full story see the May 9 issue or subscribe online.