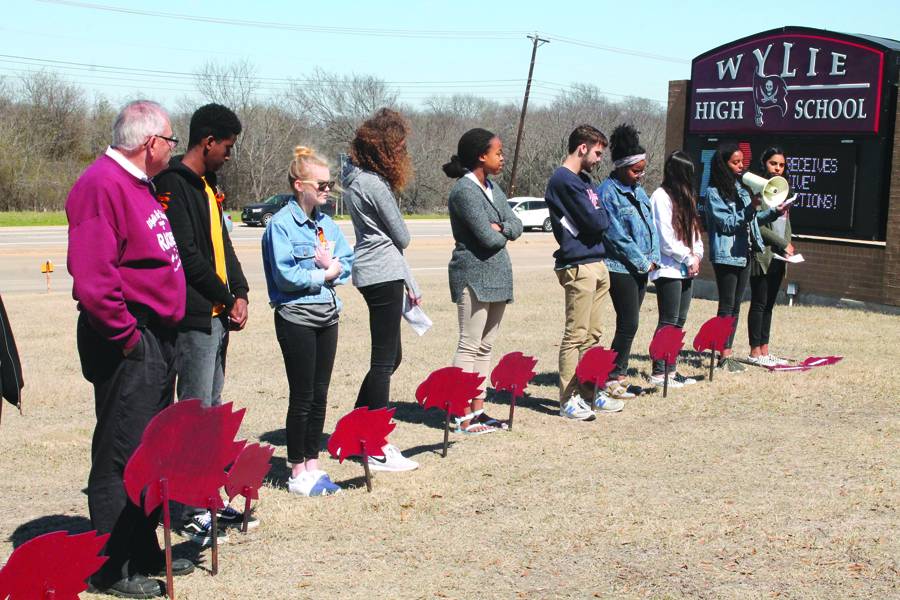 Wylie High School students held a ceremony last week to remember the 17 victims of a mass shooting in Parkland, Fla., reading short biographies of those killed. 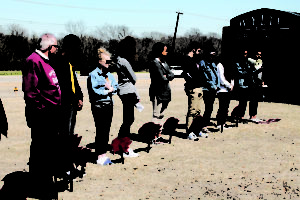 Wylie High School students held a ceremony last week to remember the 17 victims of a mass shooting in Parkland, Fla., reading short biographies of those killed.

In memory of the 17 victims of a Valentine’s Day shooting at Stoneman Douglas High School in Parkland, Fla, students at Wylie High School and Wylie East High School held brief ceremonies last week in front of their schools.

The walkouts Wednesday, March 7, were conducted during lunch break so that any disruption to school schedules would be limited. Students organized the observances with the support of their school administrators.

School walkouts to protest gun violence are being planned by students across the country on March 14, but that falls during Spring Break for Wylie students.

The WHS walkout was organized by students Segen Gilazgi and Meera Sam who lined up 17 speakers to read brief biographies of the 17 shooting victims. After each biography was read, a sign with that victim’s name was planned in the WHS front lawn fronting FM 544.

“You are making a difference in this world and you are doing it in a positive way,” WHS Principal Virdie Montgomery declared.

Victims of the shooting ranged in age from 14-year-old freshmen students at Stoneman Douglas to a 49-year-old coach who threw himself in front of students to protect them.

For the full story see the March 14 issue or subscribe online.