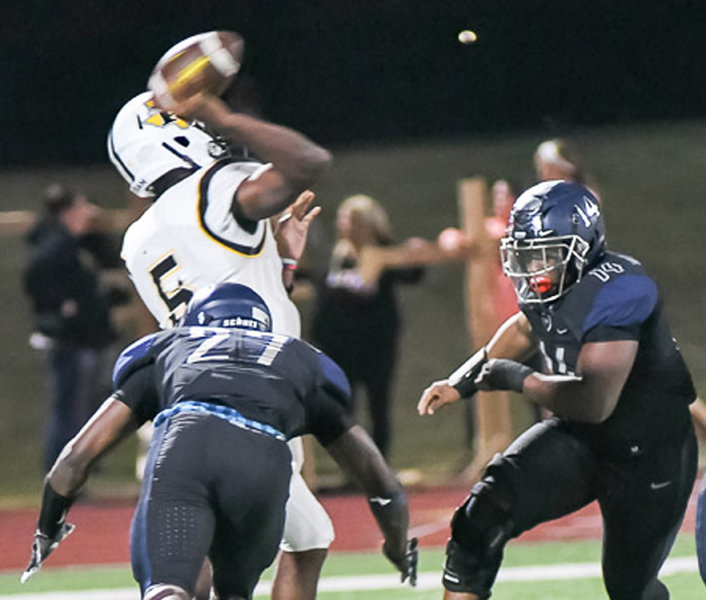 WYLIE — The Raiders handed out two big gifts last Friday night with their 50-43 victory over the Forney Jackrabbits.

First, the victory sent out the team’s senior class with a win in their final high school home game. Second, and perhaps even more important, the Raiders secured their first District 15-5A victory of 2017, one that improved East’s record to 1-5 in district and 2-7 overall.

(To view the entire article, check out the Nov. 8 edition or subscribe online)