Laubenberg will not seek re-election

State Rep. Jodie Laubenberg of Parker announced last week that she will not seek a ninth term of office in 2018. 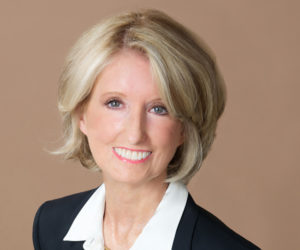 “After eight very productive and successful terms, I have decided not to seek re-election,” she said. “I am very grateful to the Lord for giving me the privilege and honor to serve in the Texas House. I represent some of the best constituents in this state.”

“I am ready to do something else. That will probably include a beach, rescue dogs and, hopefully, grandchildren someday,” she added.

The veteran legislator serves as chairman of the Elections Committee and as a member of the Judiciary and Civil Jurisprudence Committee. Previously she served on the committees for public health, financial services and natural resources.

“I don’t believe in term limits, but I am doing my own term limit,” she pointed out.

Political party primary elections are set for March 6, 2018 in Texas. Candidates can file for the primaries from Nov. 1 through Dec. 11.