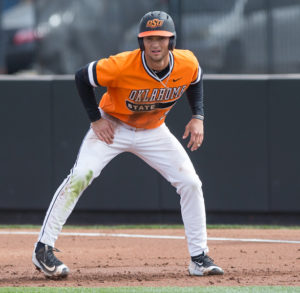 Garrett McCain, here playing at Oklahoma State, has made enough of an impression with the Connecticut Tigers Class A team to earn an invite to the Aug. 15 New York-Penn League All-Star game.

McCain, a member of the Connecticut Tigers, was drafted earlier this season by the Detroit Tigers. During his short stint with the organization’s Class A team in Connecticut, McCain has hit better then .300 overall. He had been a member of the OSU baseball for three seasons before being drafted by the Tigers.