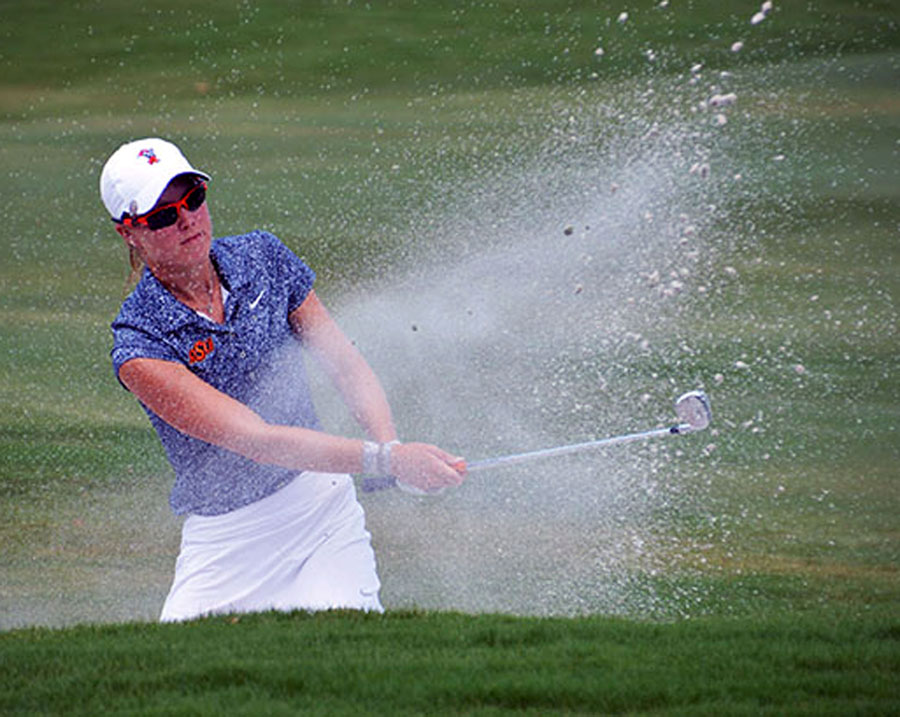 McCrary, 21, defeated the University of Houston’s Allie Anderson 2 and 1, closing out her victory by sinking a 15-foot birdie on 17th hole at the Traditions Club.

The current Cowgirl golfer is No. 88 in the World Amateur Golf Rankings and did capture the 2105 Texas Women’s Open.

The victory earned McCrary 100 points towards the TGA Women’s Player of the Year. She completed six rounds at the tournament, starting things off by shooting an even-par 72 in the qualifying round.

She then won four more matches against individual competitors before defeating Anderson in the finals. They were No. 31 seed Emily Gilman (4 and 3 in the round of 32), No. 15 Maddy Rayner (2 up in the round of 16), No. 10 Madison Kidd (3 and 2 in the quarterfinals) and No. 11 Amber Park in the semifinals.

Wylie’s Seth Graber fired a 4-under 66 last Friday to win the boys 15-18 division at a North Texas Professional Golfers Association event at Lewisville’s Lake Park Golf. He finished two strokes ahead of Dallas’ Luke Harrison, who finished 2-under.

In other action at the club, Murphy’s Garrett Rae shot a 19-over 89 to tie Flower Mound’s Tate Walker for 12th in the boys’ 11-12 division, which was won by Dallas’ Charlie Ondeck (even-par 70).

Hollie James of Wylie took first in the girls’ 15-18 division (4-over 76) during the July 18 NTPGA event at the Firewheel Golf Course in Garland. She was one stroke ahead of Frisco’s Reagan Staab.

In other action, Sachse’s Grayson Leonard (14-over 86) finished in a five-way tie for 12th in the boys’ 15-18 division. That was won by Plano’s Andrew Pearson, who fired an even-par 72, while another local competitor, Wylie’s Bryson Hunsicker, shot a 116 to finish 32nd.

Murphy’s Toby Duong (96) finished in a four-way tie for 11th in the boys 13-14 division, which included Wylie’s Hayden Stricker, while Rae (98) tied at 16th with Frisco’s Mitchell Kalka.  Another Murphy competitor, Brecklyn Flanagan fired a 110 in the girls’ 13-14 division.