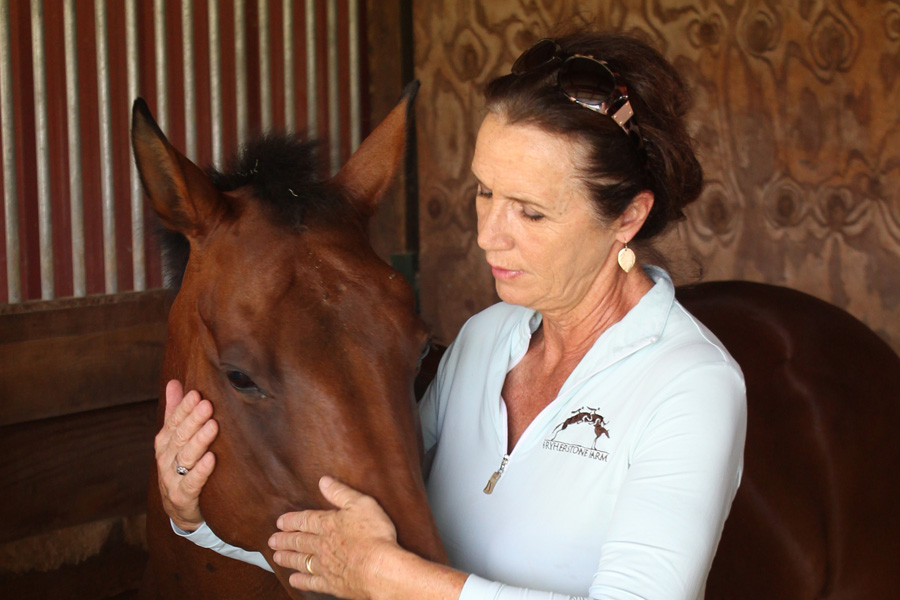 Becky Sanoja of Bryherstone Farm gives some love to Dolly, a pony she rescued and trained. (Emily Sharp/The Wylie News)

From England, to Germany, to Venezuela, horse trainer Becky Sanoja settled in Wylie almost 20 years ago to teach riders how to compete in jumping events and to train horses.

“We came here because we wanted a new life,” Sanoja said, and explained that political turmoil in Venezuela had become dangerous, causing her and her husband to move. She and husband Carlos, a native of Venezuela, moved to the United States with their three children in 1991 and made it to Wylie in 1998.

She operates Bryherstone Farm on 10 acres south of town, equipped with stables for 15 horses, an indoor arena with jumps, an outdoor arena and several paddocks to turn out the horses to graze.

Sanoja was reared near York, England, and admits that she was a poor student, preferring to ride horses and fox hunt instead of study.

“My dad spoilt me terribly,” she recalled. “I was a bad student and started riding horses.”

When she was 15-16 years old, she represented England on its Junior Olympics team, competing in Switzerland, Mexico and Puerto Rico. In 1970, she won the Young Riders championship in Mexico. She also won the European Young Riders bronze medal in competition in England.