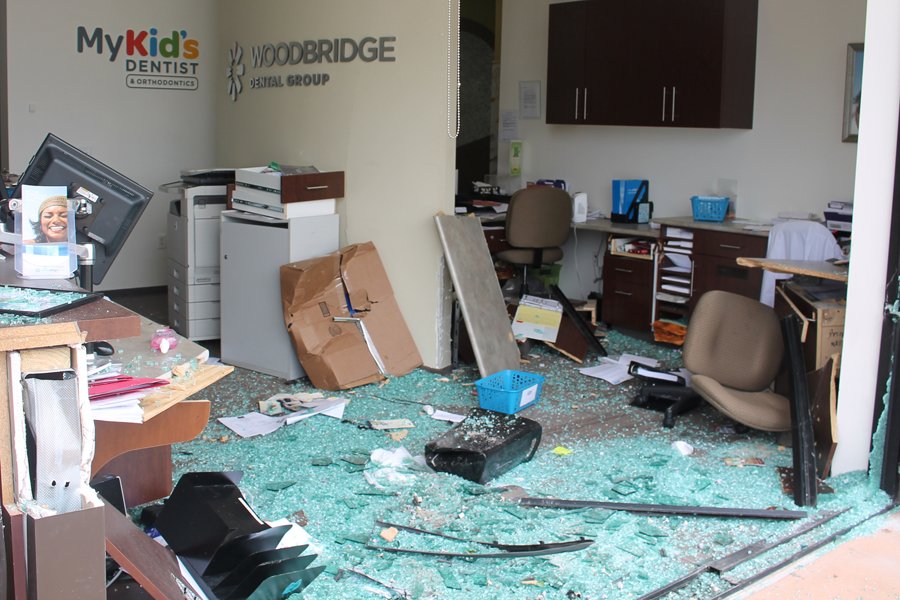 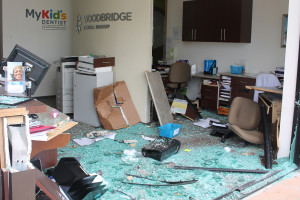 Woodbridge Dental Group on FM 544 survived last night’s storm only to have a Porshe pushed into their building at around 3 p.m. Tuesday, April 12. The accident involved four cars, including a truck that shoved the Porshe into the building destroying the plate glass windows. Minor injuries were suffered at the scene according to information released by Wylie Fire-Rescue. For the complete story see next week’s edition of The Wylie News.