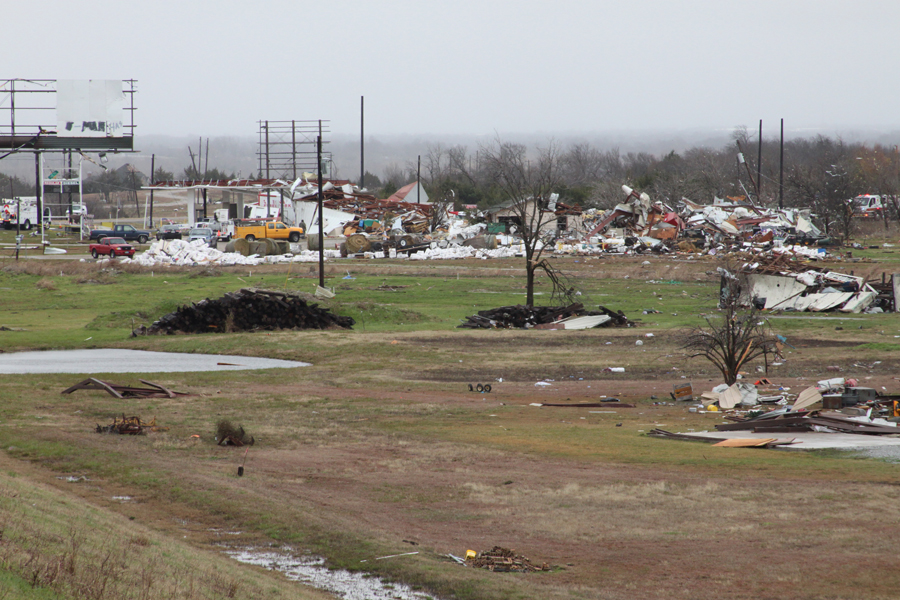 A group of businesses on Hwy. 78 in Copeville were destroyed and two people were killed by a tornado that swept through the area Saturday night.

Massive destruction, lives lost and millions of dollars of property damage – these are all things North Texans are dealing with as they try to catch their breath from a weekend of unending severe weather.

Several tornadoes, including an EF2 twister in the Copeville and Farmersville area, wrecked havoc Saturday, Dec. 26 and killed 11 people throughout North Texas. The tornado had winds up to 125 mph.

At Hilltop Grocery and WW Feed Store in Copeville on Hwy. 78, two men were killed in the storm.

Jerry Brazeal, who opened WW Feed Store each morning, died as a result of injuries sustained in the tornado. The other victim was identified as Jerry Glenn Funderberk Jr.

The Hill family, who has owned the feed store for 23 years, is in the process of figuring out how to continue to provide feed for the community.

“Our suppliers have even tried to help by letting us use large containers eventually,” Kiesha Hill said. “We are about to go into the busiest time of the year for the feed business.”

For Full story see The Wylie News at http://www.etypeservices.com/Wylie%20NewsID245/default.aspx 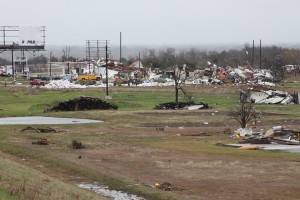 A group of businesses on Hwy. 78 in Copeville were destroyed and two people were killed by a tornado that swept through the area Saturday night.