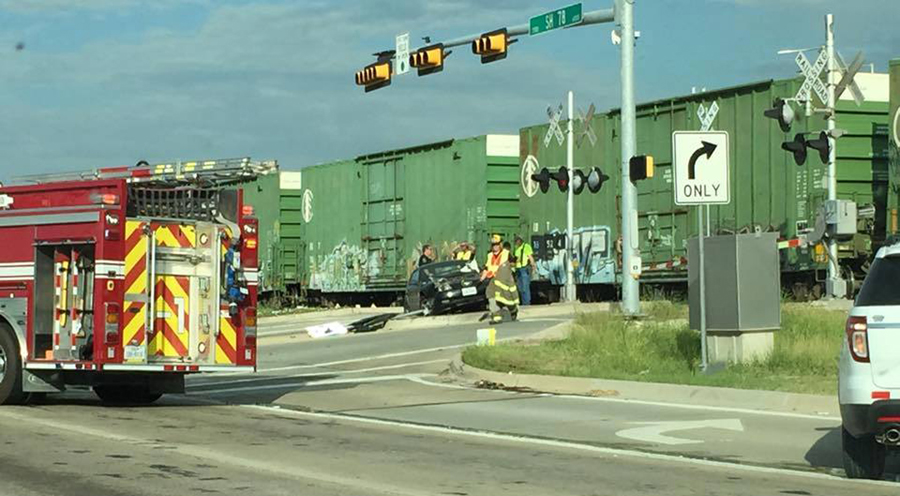 An early morning wreck involving a train and car on June 22 backed up traffic on Hwy. 78 in Sachse all the way into Wylie.

In a meeting of train and car, the car ended up coming out on the losing end June 22.

Patricia Martinez Lopez, 19, of Wylie, was unable to move her vehicle far enough backwards or forwards, and as a result, the train clipped the car.

Police Lt. Marty Cassidy stated that the driver was stopped along the tracks when the train began to approach.

“She shouldn’t have done what she did,” Cassidy said. “The train was coming at her and she wasn’t able to get out the way. The best thing to do would have been to stop before making it to the tracks.”

He added, “Plain and simple, it’s just dangerous to try and make it across the tracks. Some areas have a limited view of sight, which makes it hard to see when trains are approaching.”

The crash resulted in the backup of southbound lane traffic along Hwy. 78 all the way to Wylie.

Lopez was transported to the Medical Center of Plano with minor injuries.

No other people were hurt during the early morning accident.

Officers contacted public works and are waiting for an estimated cost to repair the damaged sign.

Lopez was cited for multiple violations including stopping, standing, parking prohibited in certain places-railroads, no insurance and expired registration.

The Texas Department of Motor Vehicles has Seven Steps for Safety in Highway-Rail Grade Crossings.