Primitive or drive-up campsites are undesignated sites on a 1.5 mile stretch of beach.

Horse around at Mustang Island

Plenty of recreation available on 18-mile stretch of ground

The end of summer break is drawing near, so with that in mind, why not take the family on a coastal vacation.

To be specific, visit Mustang Island, a barrier island on the Gulf Coast, that is 18-miles long, stretching from Corpus Christi to Port Aransas. 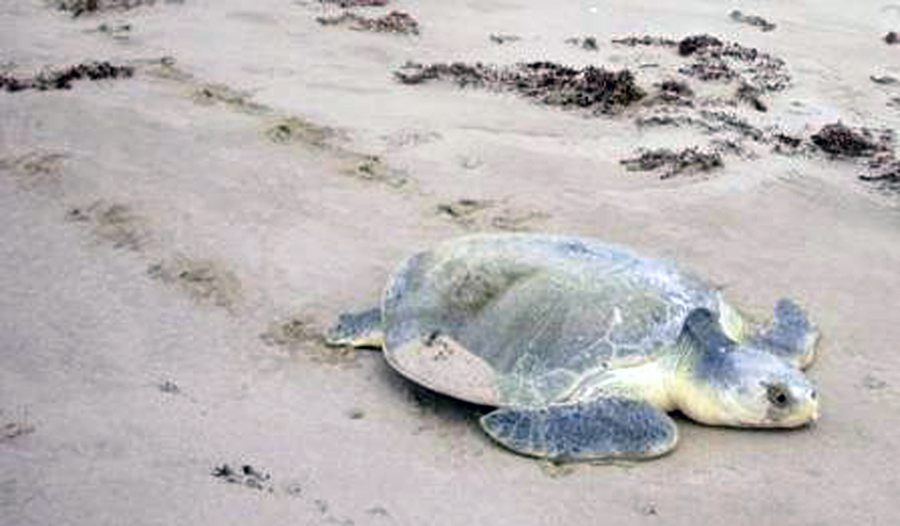 The Atlantic Green Sea Turtle is one of the most endangered sea turtles and only nests on the beaches of Mexico and the Texas coast.

The island is positioned with the Gulf of Mexico to the east and south, and the Corpus Christi Bay on the north and west.

The island’s southern end connects by road to Padre Island.

At the northern end of the island is Port Aransas, beyond which is San Jose Island, also known as Saint Joseph Island.

The Aransas Channel, also known as the “Aransas Pass” – for which the nearby town on the mainland is named, formed by the separation of Mustang and San Jose Island’s.

Jetties extending into the gulf from each island protect it. The town of Port Aransas is located at the northern end.

Mustang Island State Park encompasses the entire southern third of the island, including 3,954 acres and five miles of beach.

The city of Corpus Christi includes the northernmost portion of Padre Island and part of Mustang Island between Port Aransas and the state park. 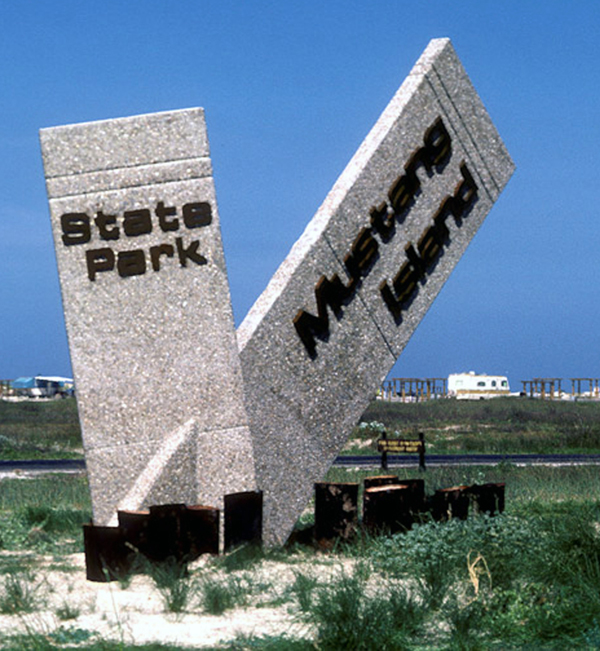 This sign greets you at the entrance of the Mustang Island State Park in Port Aransas.

Land was acquired from private owners in 1972 and was opened to the public in 1979.

There are multiple activities that can be enjoyed within the parks boundaries.

You can play swim, surf and build a sandcastle at the beach, camp, picnic, fish, hike, mountain bike, kayak, bird watch and geocache.

If you want to get out on the water, there is a paddle trail that breaks down into three segments. Those segments follow the western shoreline of the island in the Corpus Christi Bay. 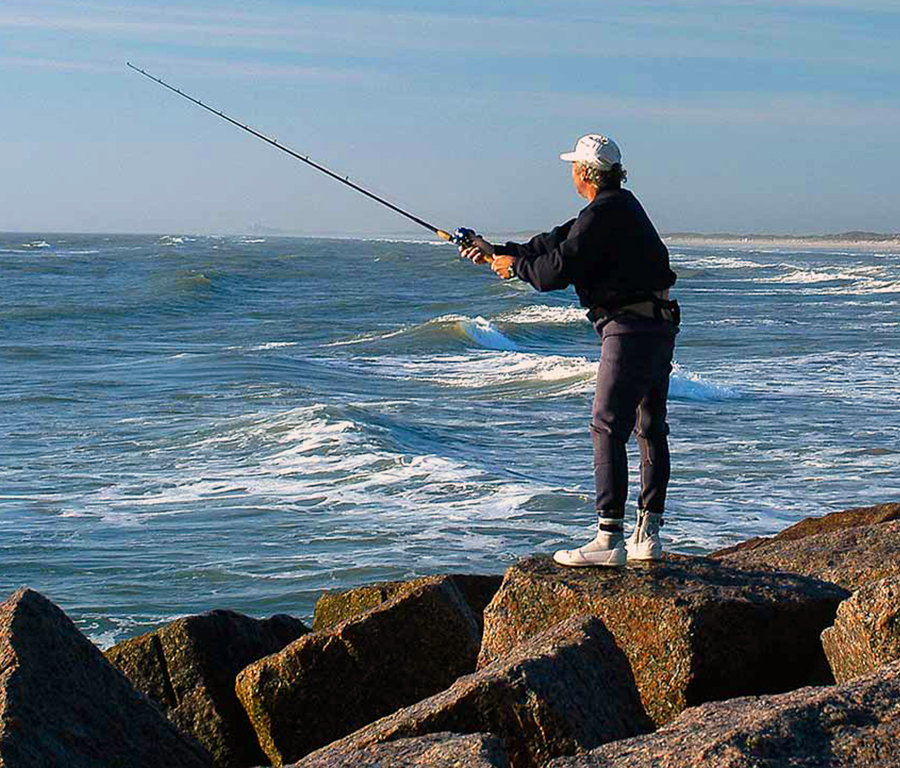 Fishing is a big hit within the confines of the state park.

They all follow the western shoreline of Mustang Island in Corpus Christi Bay and pass through shallow water fishing areas.

The Ashum Trail follows the shoreline of Corpus Christi Bay over a firm sand bottom, and allows for outstanding bird watching.

The Shamrock Loop Trail skirts the protected waters of Shamrock Cove, where it connects with the North Trail, It follows the shoreline to East Flats, and then through marsh and spoil islands to the Island Moorings Marina in Port Aransas. 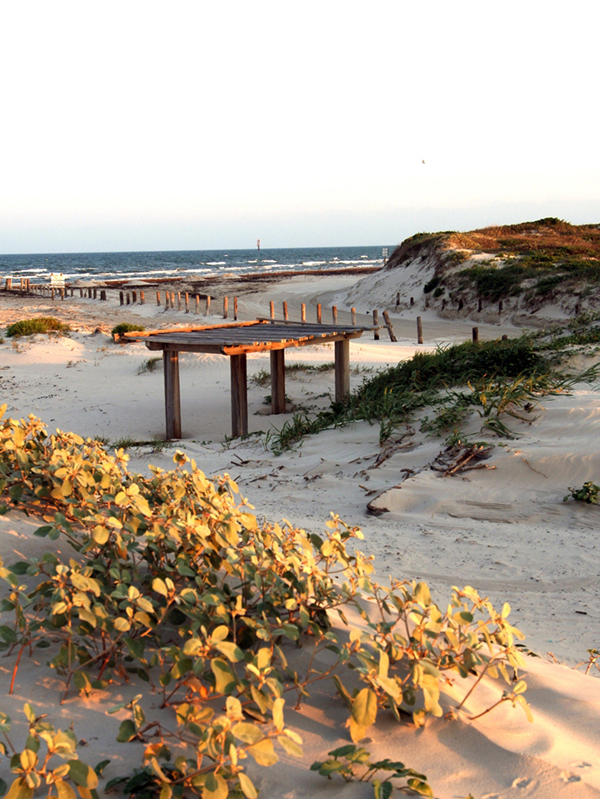 The sand dunes are the first line of defense to help the barrier islands protect the bay and mainland.

The park offers primitive (drive-up) campsites, and those with water and electric.

These undesignated sites are on a 1.5-mile stretch of beach. You may have a small beach campfire in this area.

The other option is the 48 water and electric sites, which are not located on the beach.

These spots are separated from the ocean by sand dunes and are about 50 yards from the water.

You can have a campfire on the beach and cooking grills are available at the site. The cost per night is $20 or $120 for a week.

Both sites require a daily park entry fee of $5 for those 13 years and older and those 12 and under free.

Both site options offer water, cold-water rinse off showers and portable toilets along two miles of the beach.

Full restrooms, showers and hot water can be found near the water and electric campgrounds.

The park is open from 8 a.m. to 10 p.m., with summer and spring being the busier months.

For additional information, visit the Texas Parks and Wildlife Department website at tpwd.texas.gov/state-park/mustang-island or call 1-800-792-1112.