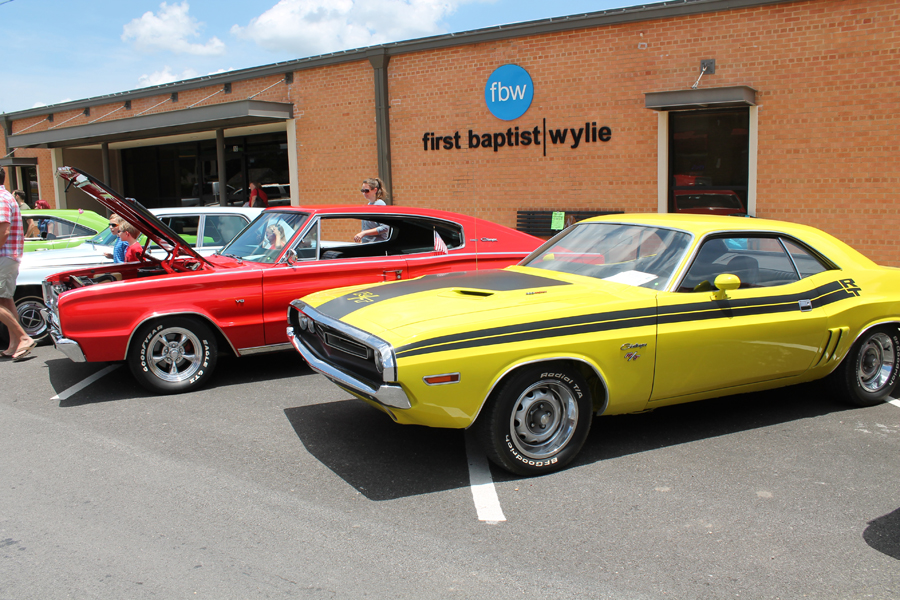 A 1969 Dodge Charger, back, and a 1971 Dodge Challenger took top honors in the Classic Muscle Car division of the Bluegrass on Ballard car show.

A 1969 Dodge Charger, back, and a 1971 Dodge Challenger took top honors in the Classic Muscle Car division of the Bluegrass on Ballard car show.

Almost 200 cars, trucks and motorcycles lined Ballard Ave. and side streets Saturday in downtown Wylie for judging in the Bluegrass on Ballard custom and antique car show.

The show was coordinated by Dallas Mopar Club which reported an official count of 187 entries, just ahead of the 2014 count. Vehicles were judged in a number of categories, but six were picked for the top awards.

Claiming the Mayor’s Choice Award was a 1966 Chevrolet Impala SS convertible owned by Ed Baker, Best of Show Car was a 1937 Ford convertible street rod owned by Don Silaff, Best of Show Truck was a 1959 FC 150 Willy’s owned by David Bartek and the Best of Show Motorcycle was a 2014 Indian Chief owned by Andrew Idalski.

Rounding out the top half dozen, the Meteor Hamburgers Choice Award went to a 1958 Dodge Custom Royal owned by Chip Holly and a 1957 Chevrolet Corvette convertible picked up the 96-degree Winery Choice Award.

Division winners for the show were: