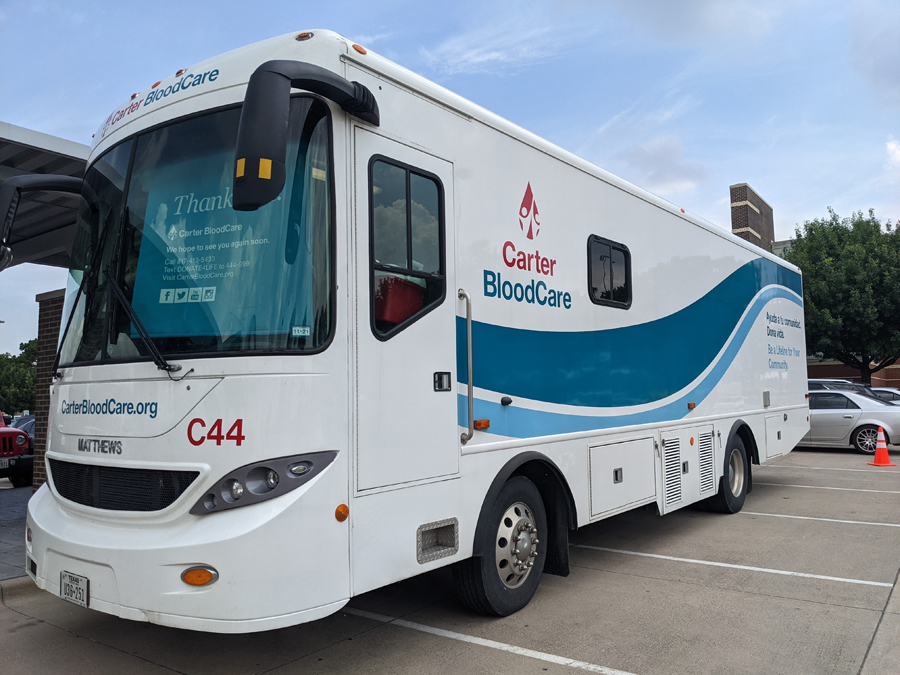 Carter BloodCare is partnering with several communities within Wylie to host three blood drives throughout August.

Black said Carter BloodCare’s mission is to save lives by making transfusions possible.

“We are able to do that through volunteer donors,” Black said, “who step up at our blood drives and donate to help people throughout the area.”

“It’s a big need and big demand,” Black said. “We are always grateful to everyone who takes the time to donate.”

The organization is localized to Texas, Black said, adding that it is one of the largest blood programs in the state.

“The advantage to that is that people who donate locally, the blood stays local,” Black said. “If you’re donating in Wylie, that blood is going local.”

Many people like that when they donate with Carter, they are helping their neighbors in need, Black said.

“It’s important for everyone who is eligible to donate whenever they can because when emergencies happen, the need for blood is critical,” Black said. “We have seen locally and globally the need for blood donations, but there is also the point that we need blood on a daily basis.”

When there are emergencies, a higher awareness of the need for blood is increased, Black said.

“Every day, the need for blood is nonstop,” Black said. “Whether it’s somebody who has been injured, people receiving cancer treatments or children who need blood treatments because of anemia. Every single day, someone in our area needs blood.”

Black said that someone in the United States needs a blood transfusion every two seconds.

Donating blood is easy to do, said Black, adding that it doesn’t take much time with the average donation time taking 45 minutes to an hour.

“A big part of that is just going through the health screening,” Black said. “The actual donation itself can take as little as eight to 15 minutes. It’s something that has a huge impact for very little time.”

In addition to being in good health, donors must be at least 16 years old or older and weigh at least 110 pounds.

Most health conditions are acceptable for donation, except for cancer, Creutzfeldt-Jakob Disease, diabetes, lung disease, heart disease and pregnancy. Some medications, exposure risks and recent travel will also disqualify donors.

“During the summer, that is a critical time for us in terms of getting folks to come out and donate,” Black said. “High school kids are on summer break and a lot of people are on vacation and they are out of town, but a lot of people are surprised to learn that high school blood drives account for 25% of the community blood supply.”

During the three months of summer when students are out of school, that greatly affects Carter BloodCare ‘s community supply.

“That goes back to the daily need we have for emergencies and surgeries,” Black said. “It has a ripple effect. One of the things we want to remind people of is that the need for blood doesn’t take a vacation so we need everybody, when they can, to put us on their to-do list.”

Each donor in August will receive a card for a free appetizer at Cotton Patch Cafe and a Give for Texans beach towel.