Raiders have options at receiver 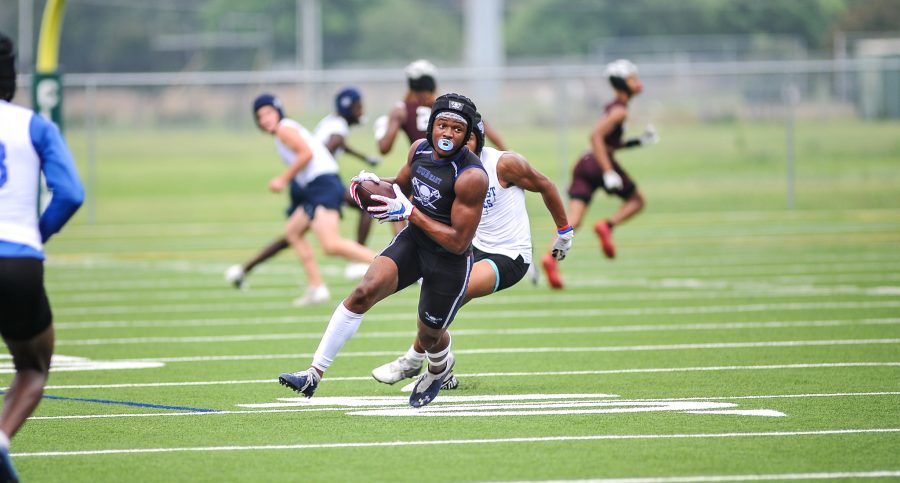 With just over a month until the new season, Wylie East believes it has the skill position players capable of leading the team.

At receiver, the Raider’s top three players mesh well with different skill sets for the 2022 season. Terrell Washington Jr. is the leading returning receiver for the Raiders, finishing the year with over 200 yards receiving and two touchdown catches.

Primarily a running team last season with Washington leading in that category as well, his versatility is something that makes head coach Marcus Gold reference the quote from “Friday Night Lights” about star running back Boobie Miles.

“It’s one of those things like in the movie where they say he can run, he can catch and he can throw, that’s Terrell Washington for us,” Gold said. “That’s why we had him at quarterback last season, and he’s getting offers from Power Five schools at running back, receiver and safety. These top-level coaches are asking me what his best position is and overall he’s just an excellent athlete.”

His ability to be a versatile player unlocks the Wylie East offense. Moving around the field, he opens up space for other playmakers as well. Washington led the team with 1,421 all-purpose yards in 2021.

“He’s so creative in tight spaces we’re going to find ways to get him involved,” Gold said. “But it also allows us to use several other options as well. That’s why he’s so excited about Purdue because of the plan they have for him as an athlete.”

At pass catcher, those other options are Alex Ainsworth and Kason Atkins. Ainsworth moves up to the varsity team after a strong junior varsity season, showing his speed and big-play ability on offense.

“He’s another guy who’s a strong track athlete and a regional qualifier,” Gold said. “He’s got great size, and he’s going to be run on some post routes, some go routes and really try to take the top off of defenses for us.”

Atkins replaces his brother Kolby Atkins, who graduated this year for the Raiders. A baseball player like his sibling, coach Gold thinks he can slot right into his brother’s position on the field.

“He was one of our better athletes on the junior varsity team last season,” Gold said. “He’s got great hands and is one of the best route runners in the program, so we’re excited about what he brings to the team.”

With Atkins and Ainsworth in the fold, the Raiders have multiple players to go to in the passing game this season. The Raiders coaching staff has a desire to open up the offense and show a more-balanced approach against heavy-run defenses, coach Gold believes the duo should be able to take advantage of opportunities when they come their way.