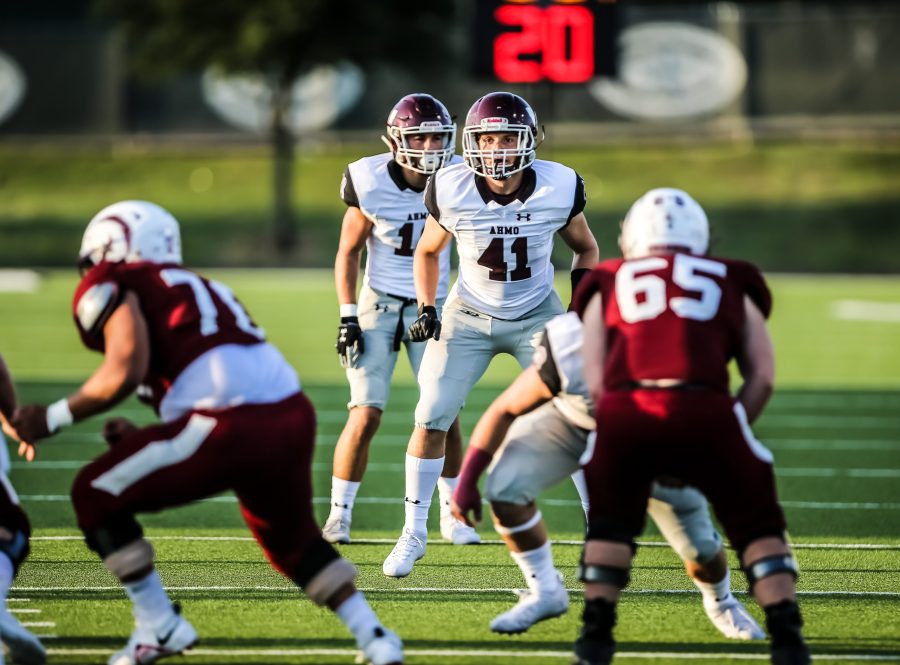 With three returning varsity football players, the Wylie Pirates view linebackers as one of the team’s strengths in 2022.

The strength of the team is in the middle of the field, where starters Austin Fabian and Christian Resurreccion return to the Wylie defense. The duo was two of the top three tacklers on the team last season as first-year starters. Coach Jimmy Carter said that experience will be paramount to their success this season.

“That’s one thing we look for is experience and we look for them to get better and better each game,” Carter said. “They’re both fast, did well in track and worked hard in the weight room. We’re expecting big things out of them.”

With the two players returning to the fold for Fabian’s junior season and Resurreccion’s senior season, coach Carter believes they’ve learned a lot in just over a year of time at the varsity level. Fabian played nearly every defensive snap last season.

“They’re just completely better football players,” Carter said. “They made plays almost solely off athletic ability last season and this year they have more experience, more knowledge and the ability to compete at a high level.”

Resurreccion is another player eager to take a leap forward in his senior season. A standout athlete on the team, he showed a great ability to get into the backfield last season, leading the team with two sacks.

“It opens up different things you can do, with him getting in the backfield,” Carter said. “It allows you to work different blitzes and he has the speed and strength to get in the backfield. It allows us to build around more strengths of the kids.”

On the outside, Wylie does lose seniors Tristan Steward and Brock Sherman, who combined for 71 tackles and 12 for loss. Brady Dalton was the primary backup who earned plenty of reps as a sophomore in 2021, finishing the year with 21 tackles and three pressures, which was the third-most on the team. Coach Carter said he’s one of the best hitters on the team.

“He’s a multi-sport athlete who loves to get on the field and hit people,” Carter said. “He’s going to be an anchor for us at that outside backer role.”