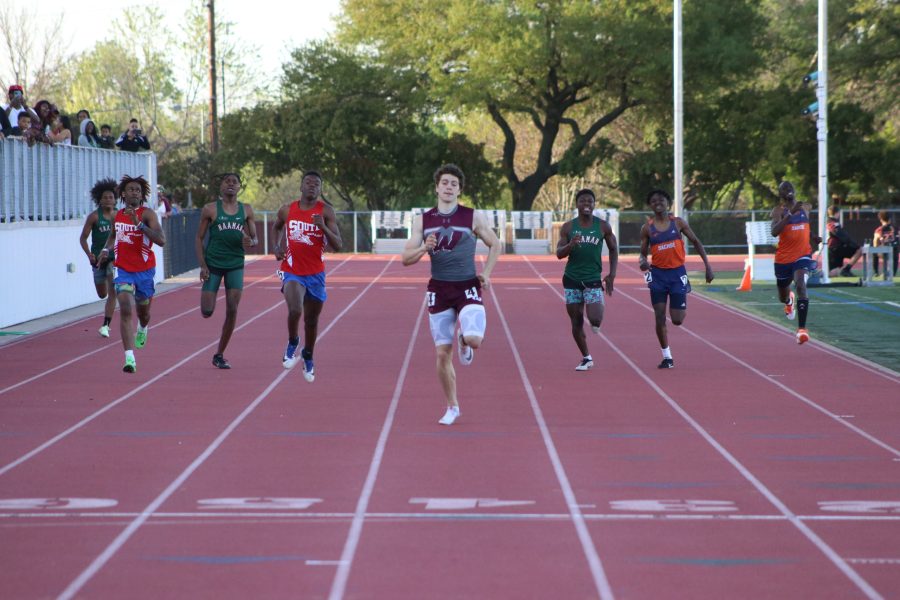 Logan Popelka is heading to the UIL track and field state championships for the second straight season, but things are different this time around.

Last season, Popelka was strictly a short-distance runner. Competing in the 100m and 200m for the Pirates, he qualified for state in the 100m, before an injury withdrew him from a chance to qualify for the 200m. That experience showed Popelka what he needed to change for this season, as he qualified once again in the 100m and 400m at regions, before focusing on just the 400m for state. Now, he’s among the top runners in the state and has the top time in the event for the season.

“I feel as if the back half of the race is where I can really excel,” Popelka said. “Not that I start slowly but I feel like I can keep my pace high in longer distances and pass everyone I need to at the end.”

Popelka ran the 100 at state last season and finished eighth out of nine runners at the event. It was something he and Wylie head coach Calley Conner talked about after the meet and decided to go in a new direction for his senior season.

“You know, last year we were at the state we made the decision to change to the 400-meter,” Conner said. “It wasn’t really the focus before even though he had run it, I think he realized just how fast those 100 guys are. We knew he had speed too, but that race is so dependent on your start and how fresh you are that week. As you lengthen the race, the variables are different.”

Popelka continued to excel much of the season in the 100, finishing top first in three of the four meets he’s run it but has taken to the 400 like a fish to water. He’s finished first in each meet this season in the event and his 46.66 earlier this year is the top time in the state of Texas. Now, Popelka said he’s confident in any race.

“Last year, I figured I’d give the 400 a try and I did really well, so I figured I’d keep working at it,” Popelka said. “It’s good to have the ability to do different races when needed, so I’m prepared to run the 100, 200 or 400 if needed and have been doing well at the 400 this season. I don’t have a preference in either race but I think it’s prepared me for college to go up and down the ladder as I need.”

Popelka signed to run at Boston University next season, entering the school with the eighth-best time in the country in the 400. He said he’s learned a lot from last season to this season and is prepared to run his best race at state.

“Last year when I went to state, I learned that everyone is really good,” Popelka said. “When all of the times are so close it really is kind of a crapshoot. Regardless, I’m going to do my best and have fun and we’ll see what happens. I want to do a 46 or even a 45. Everyone is really good, and I feel like if I run my race, I can get out in front of everyone and put on a really good time.”

There’s only been one 45-second run in the country this season in high school track and field. If Popelka were to do that, he’d reset the nation’s top time again. As he’s learned to perform at his best in the biggest meets this season, it’d be no shock to his team if he’s able to pull off the achievement and bring home a state title.

“He’s really grown as a 400-meter runner,” Conner said. “He’s learned the race well and understands how to conserve energy, run a smart race and let the meet play into his hand.”

Popelka will compete in Austin on Saturday, May 14.