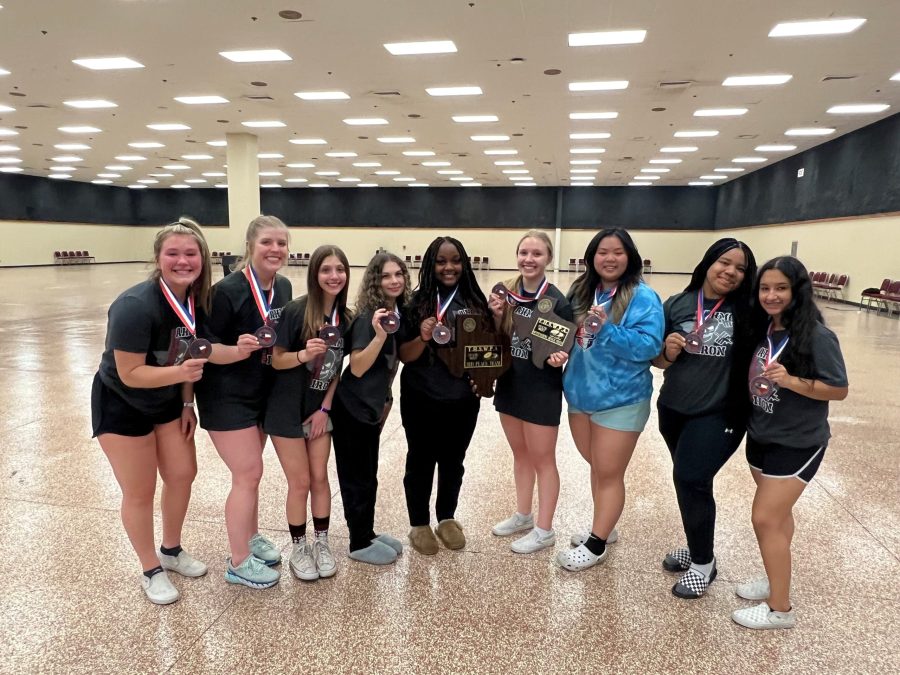 The Wylie and Wylie East powerlifting teams traveled down to Corpus Christi for state championships with great success.

Wylie, fresh off of a runner-up finish last season, came in third overall at the 6A meet with 20 points on March 17. The Pirates finished narrowly behind Edinburg Economedes (23 points) and Los Fresnos (32 points) for the team totals.

Wylie had nine medalists at the state meet. Evelyn Bush, Ava Borders, Emily Phillips and Kendall Nalley came in third place in their respective weight classes. Borders won the Outstandings Bench Press Award by pressing 265 pounds in the 148-pound weight class, while Nalley set a new state record for the bench press in the 181-pound weight class. She pressed 285 pounds to set the mark.

Wylie also had seven other powerlifters in the top 14 of their respective weight classes, with Sydney Hathaway finishing sixth in the 148-pound weight class and Samantha Schwarz coming in sixth of the 123-pound weight class. Other placers included Raquel Duran, Alexis Mitchell, Abigail Scoble, Kaitlyn Asante and Kaitlyn Garcia-Allen.

They finished in the top 15 out of 44 schools, while Kyle Lehman took the championship with 34 points.

Of the four Lady Raiders who competed, two medaled in their respective weight classes. Carmen Mitchell finished second overall in the 220-pound weight class. She set a new state record in the bench press with a 295-pound lift and totaled 1,055 pounds over her three lifts. She finished 70 pounds behind Kyle Lehman’s Crystal Martinez, who had an advantage in both the squat and deadlift.

Wylie East’s Nyliah White also medaled at the meet, finishing fifth in the 165-pound weight class with a total of 860 pounds. She was five points off of fourth and 10 off of the third place, as she finished with the third-best squat and deadlift in the meet.