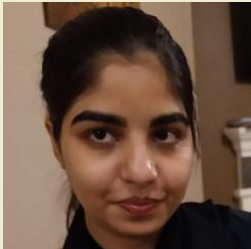 Wylie police continue to search for a woman who has been missing since May 12.

Faiza Fahad voluntarily left her home in the 2100 block of Central Park Drive on foot at 9:10 a.m. May 12 and has not returned home, Wylie police said in a news release. She did not take her cell phone. Police said she is new to the area and has no known friends or relatives outside of the home.

Police are asking people in the Woodbridge subdivision to check their home security cameras to see whether they possibly captured any images of Fahad on May 12 between the hours of 10 a.m. and noon, according to a WPD Facebook post. Police also are asking residents in the Wylie area to check their home security cameras that may have captured any images from May 12 between 9 a.m. and 11 a.m. Sgt. Donald English said her last known whereabouts were at 9:55 a.m. May 12 walking southbound on Woodbridge.

Fahad was last seen wearing light blue pants, a light blue-colored top with a floral pattern, a pink and blue scarf and pink sandals. She is 5 feet 2 inches tall and weighs 130 pounds and has black hair and brown eyes.

Anyone with information on her whereabouts may call the Wylie Police Department a 972-442-8171 or call their local law enforcement agency.