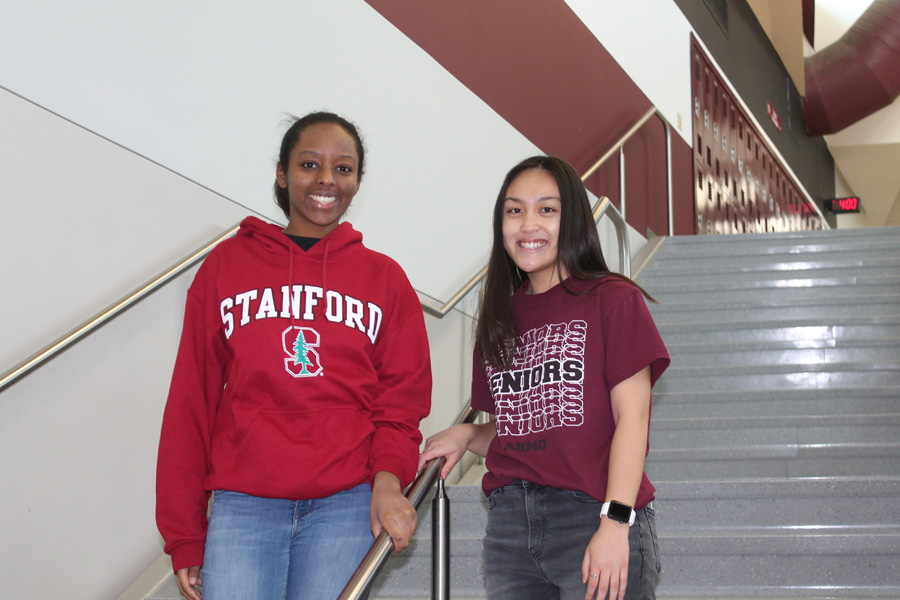 Wylie High School seniors Lina Mohamad, left, and Leanna Doan finished as the salutatorian and valedictorian, respectvely, for the Class of 2021. Graduation for Wylie High School is set for May 29 at Wylie Stadium.

While in high school, they had another commonality, as both seniors said they have especially enjoyed the same classes: Humanities I and II.

But Leanna and Lina will first take divergent paths when they graduate next month, as Doan is undecided on a college – the University of Texas at Austin is her likely choice – while Mohamad will head to Stanford in California.

Doan finishes as the top-ranked student with a grade point average of 5.91. She has attended Wylie schools since kindergarten. Born in Rich­ardson, she is the daughter of Dang Doan and Cam Le and is an only child. Her activities at WHS have been choir – she participated in the show choir called Swashbucklers – and National Honor Society, the Society of World Languages, Spanish Club and HOSA-Fu­ture Health Professionals. She considers her parents to be the most influential people in her academic success, as she said they instilled a love for learn­ing and reading and helped guide her to where she is to­day.

“It’s really an honor,” Leanna said about being the top-ranked senior in the class of 2021. “I think I’ve worked pretty hard to get where I am today.”

Wylie ISD board members recently received a first look at the 2021-22 budget, which is in sound shape heading into the next school year, according to a school district official. Scott Roderick, assist
View on Facebook
· Share