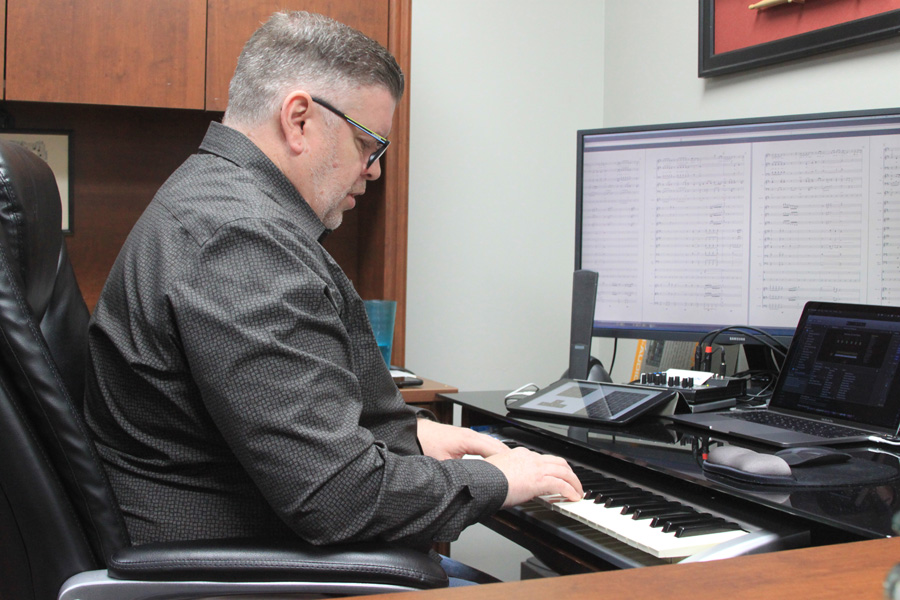 The work of a local com­poser will be featured on a new classical album released on all digital music platforms April 23.

Puckett, who works as the worship pastor for Richard­son Church of the Nazarene, is originally from Ohio. His work with the church has taken him all over the coun­try, but he has lived in Wylie since 2019.

“Nocturne” was written in 2008 and was named Final­ist of the International Music Prize for Excellence in Com­position in 2010 by the Na­tional Academy of Music.

Puckett said the prize-win­ning piece was written as a diversion when he was in the middle of writing a larg­er project with a submission deadline. After feeling stuck writing the more extensive composition, he took a break to write the jazz-infused, three-minute piece of music.

“I knocked the bulk of it out in two days,” Puckett said. “To date, this is the most performed piece in my cata­log.”

The composer said he thinks there are several reasons why it has been so popular; the piece requires two musicians so it can be easily performed, it has jazz appeal and lastly, it is written for the saxophone.

He cited the history of classi­cal music composers and their work with the church saying that famous composers such as Johann Sebastian Bach worked with the church while also writ­ing and arranging their music for the public sector.