From Wyoming to Wylie: Pandemic forced changes in officer’s job 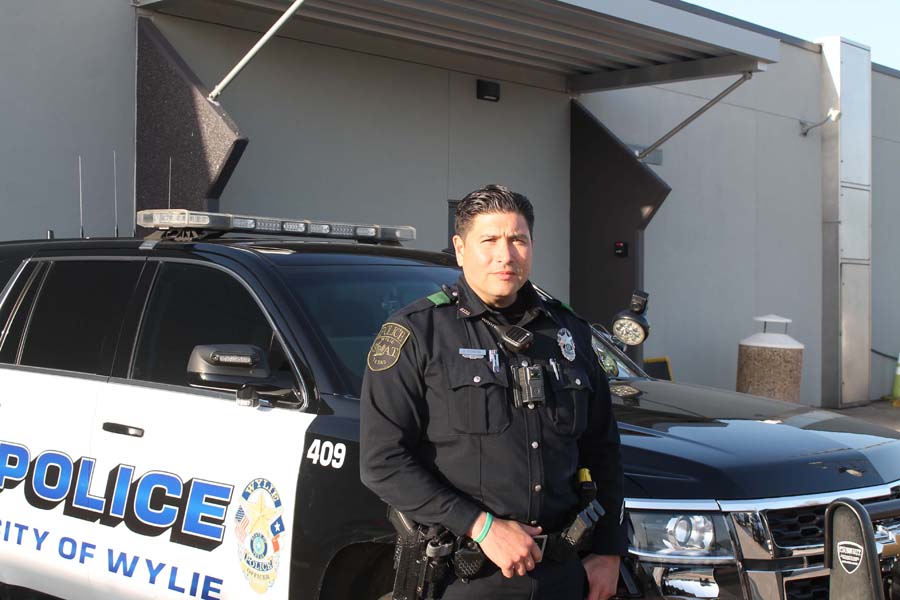 Joey Scimone’s line of work requires him to watch people’s faces and pick up on non-ver­bal cues.

With the pandemic in play in the last year, most people wore masks in public, and the mask covers up at least half of an individual’s face – the mouth – thereby eliminating part of the way people can communicate.

“We’ve always been trained and accustomed to look at peo­ple’s mouths and their eyes when you speak to them,” said Scimone, a Wylie police offi­cer who has been an officer for 20 years.

But now, people have be­come more verbal, he said, and because of that, officers have had to adapt to when they in­terview someone, he said.

Scimone hails from South­ern Arizona and moved around a bit when he was young be­cause his father was a federal police officer. Scimone attend­ed Pima College in Arizona and then moved on to William Penn University in Oskaloo­sa, Iowa, where he played left field and first base for the base­ball team.

“I became a cop a month after I graduated college,” he said.

His first job was in Chey­enne, Wyoming, where he worked for the police depart­ment for three years. After that stint, he spent 14 years with the Wyoming Highway Patrol. He started in Laramie and then went to Cheyenne for several years before going to Douglas.

For the full story, see the Mar. 31 issue or subscribe online.