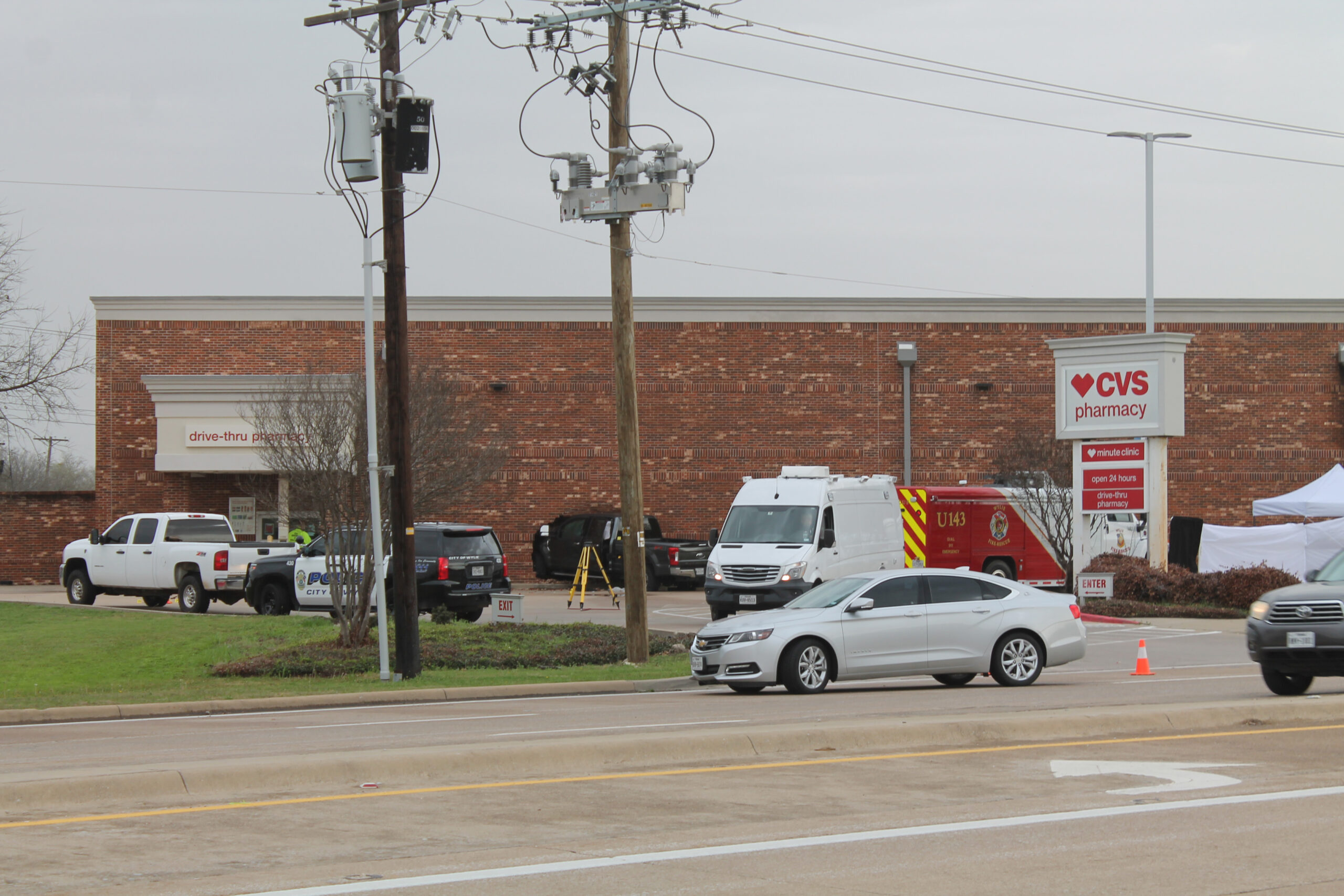 Wylie police have released the names of two people who died in an early morning shooting incident Wednesday at a Wylie pharmacy parking lot.

Shawn Myers, 36, of Royse City, died during an officer-involved shooting early Wednesday at the CVS Pharmacy store parking lot at the corner of FM 544 and U.S. 78 in Wylie, Wylie police said.

Another person, Cassie Riddle, 30, also died at the scene, but it does not appear she died as a result of the officer-involved gunfire. A candlelight vigil will be held for Riddle at 8 p.m. Saturday at the CVS parking lot.

Just after 2:25 a.m. Wednesday, Wylie Police were called to a reported vehicle crash at 750 West Kirby Street, the location of a CVS Pharmacy.

“An officer who was in the parking lot of that address on an unrelated traffic stop immediately responded,” a Wylie Police Department news release stated. “The officer noticed the body of a female, who appeared to have suffered a serious bodily injury, lying on the ground near the scene. The officer then noticed a male with a rifle also lying on the ground near the scene.”

Police said during the process of trying to render aid to the female, the officer shot the male suspect. The male suspect was given repeated verbal commands by the officer to drop his weapon before the officer discharged his weapon, said Wylie police Sgt. Donald English, public information officer.

“Responding officers attempted to render aid and called for EMS who pronounced both the female and male dead at the scene,” police said. “A pending autopsy will determine cause of death. This is being investigated as a murder.”

The officer is not being investigated for the murder charge, as the female’s death is thought to have been caused by the male suspect whom the officer shot. Wylie police requested the Texas Rangers to conduct an independent investigation. The officer involved in the shooting was placed on administrative leave, which is standard protocol in these incidents, English said.

Scores of emergency responder and police vehicles were in the parking lot Wednesday investigating the scene. A pickup truck could be seen lodged into the CVS building.