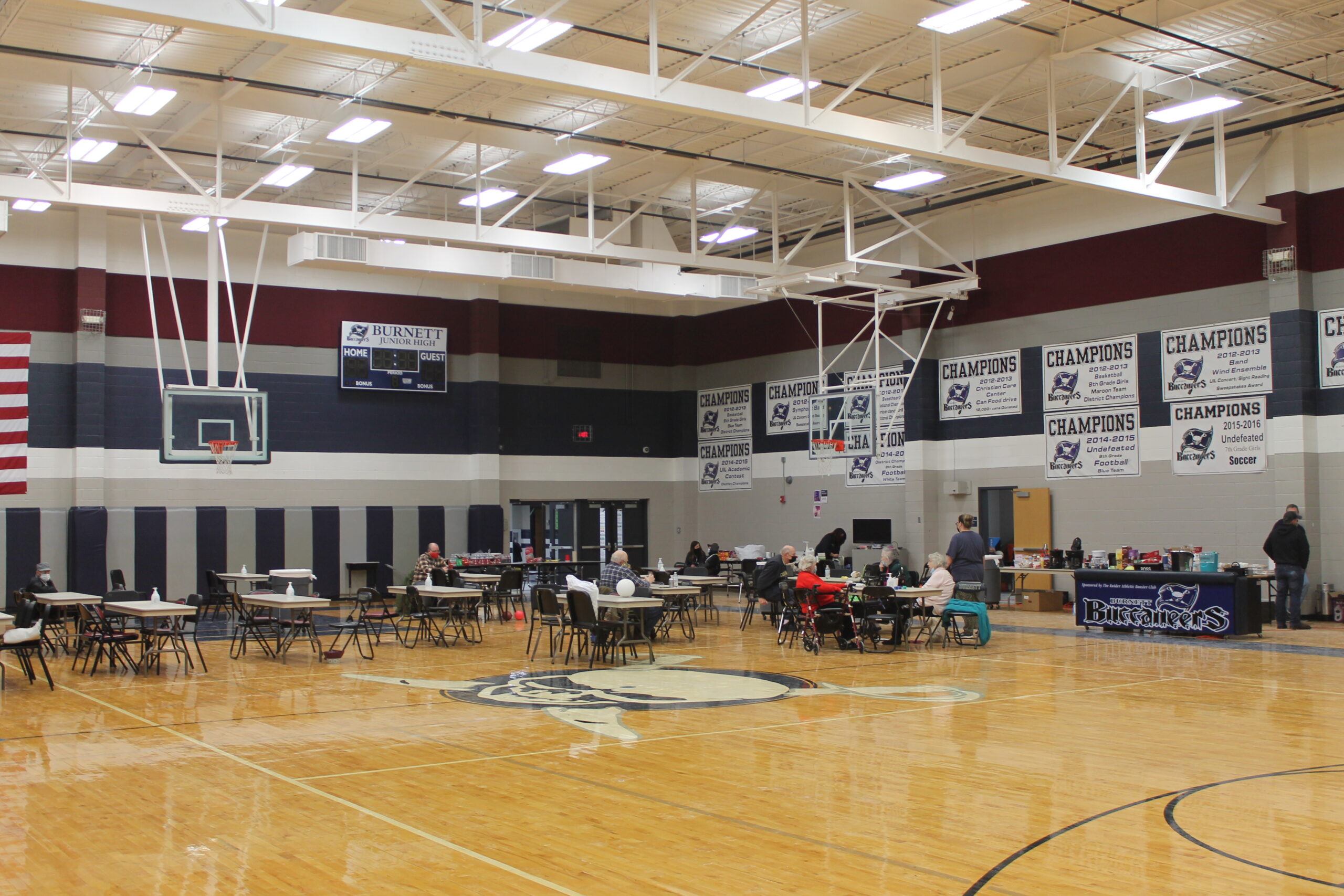 Burnett serves as shelter for local residents during storm

Burnett Junior High School in Wylie has served as a shelter for dozens of local residents – including around 45 from The Mansions of Wylie – during the storm that has knocked out power to countless people and frozen Wylie and the rest of the area for the last few days. The school’s gym has been a place in which people can sleep, eat three meals and day and have access to restroom and shower facilities, among other needs.

The Wylie ISD teamed with the city of Wylie for the shelter, and volunteers from First Baptist Church in Wylie have helped in numerous ways, including food donation. The shelter will stay open as long as it is needed.

The city of Wylie posts updated information on the storm on its website: https://www.wylietexas.gov/operations3/emergency_management/winter_2021.php.

For more information on the shelter and the partnership among the district, city and church, read the Feb. 24 edition of The Wylie News.