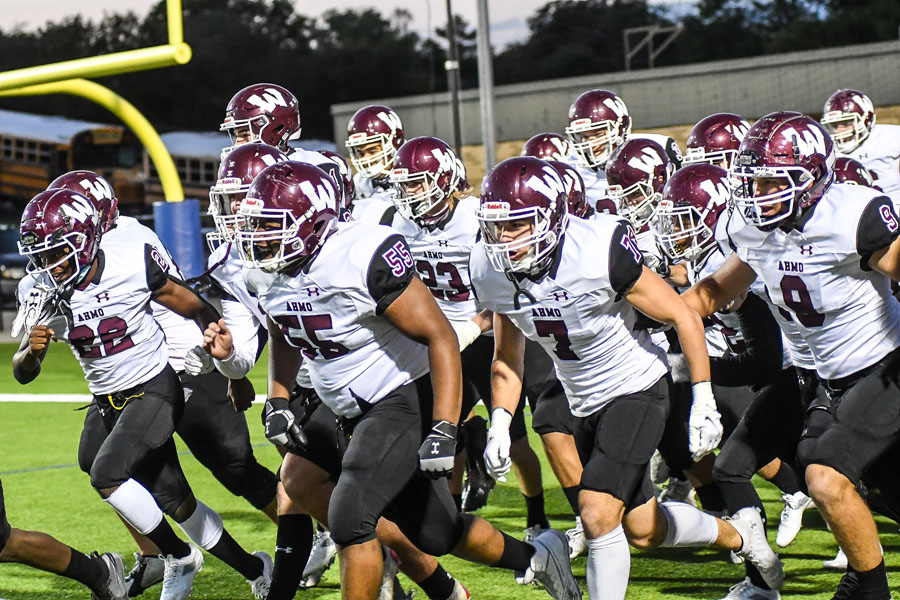 After two weeks off due to COVID-19, the Pirates face another road game at an 0-3 record. They’ve yet to play at home this season and will look to bounce back after their 23-13 loss. They face Lakeview Centennial in game number four, who are com­ing off of their first loss of the season against Naaman For­est. Here are the three keys to Wylie beating Lakeview Cen­tennial on Friday.

1. Account for Camar Wheaton and the Patriots rushing attack

Camar Wheaton isn’t sim­ply the best running back in the district, he’s currently one of the most talented players in the entire country. 247sports currently rates him as a five-star running back who’s the no. 21 in the country overall. He’s a complete player and Wheaton has 43 touchdowns for his high school career.

As head coach Jimmy Cart­er put it, “turnovers are the name of the game” in high school football. Wylie made mistakes at the most inop­portune times against South Garland. Two fumbles and an interception all proved costly to the team, as South Garland scored 14 points off of Wylie turnovers. The first turnover was a fumble by quarterback Marcus McElroy early in the game. McElroy fought for ex­tra yards on third down, but ultimately lost the ball due to the extra effort. It was an opportunity for the Pirates to potentially go up 10-0 on the game, but lost due to the turn­over.

After the Lewisville loss, coach Carter said that Wy­lie isn’t as talented as a lot of teams, but had to take a few shots to create their own breaks and work harder than everyone else. Down 35-30 late in the game to South Garland, Wylie had the ball around midfield for a fourth down opportunity and elected to punt. They were hoping to win the field position battle and trust the defense to get a stop.

For the full story, see the Oct. 28 issue or subscribe online.