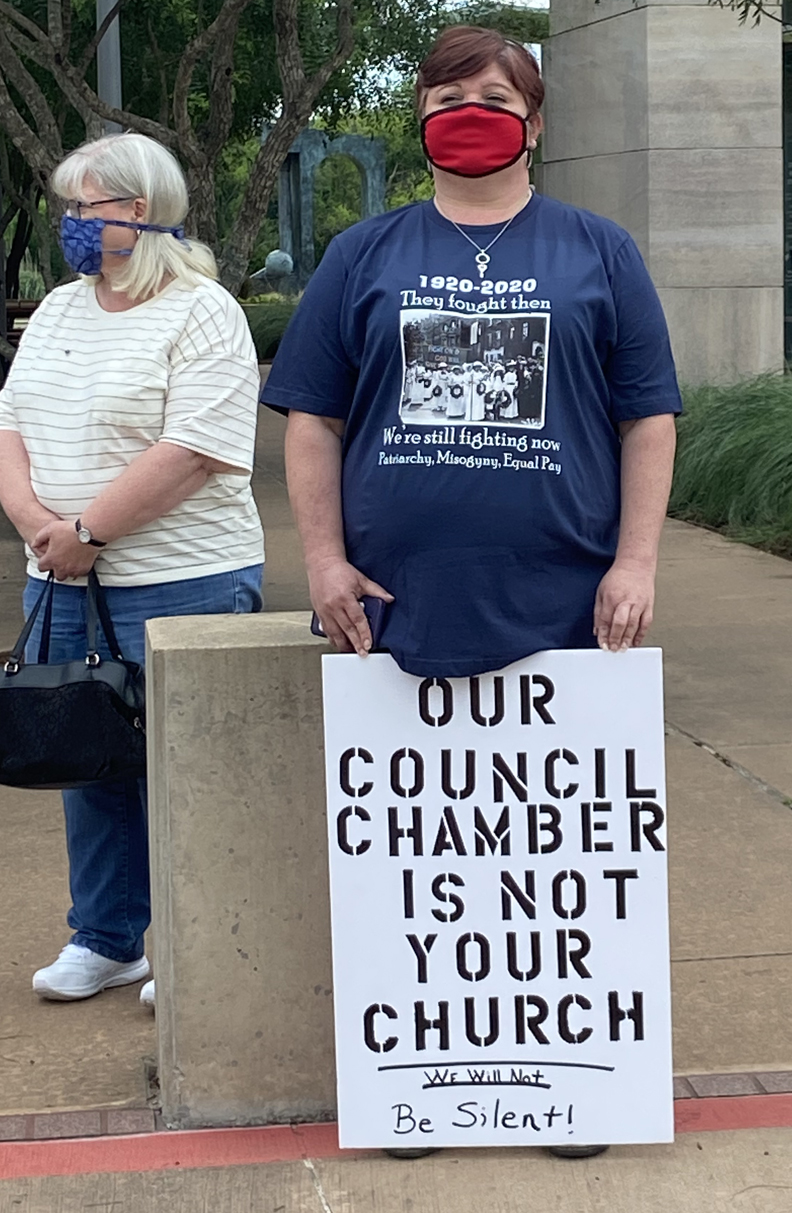 Hogue came under fire last week after he pointed out in an email response that it was against his religious beliefs for a woman to lead a prayer, namely to start a city council session.

Hogue was responding to a request by Mayor pro tem Jeff Forrester to select a member of the “Youth With a Mission” group working in Wylie to offer the prayer at the May 27 council meeting.

“Sounds good. I would like that. All I ask is that those leading the public prayer be young men,” the mayor said in his response.

He went on to cite two Bible verses to justify the exclusion of women from leading a prayer and note that as a preacher at Cottonwood Church of Christ, he takes the verses literally.

One of the verses, 1 Corinthians 14:34-35, states, “Let your women keep silence in the churches: for it is not permitted unto them to speak; but they are commanded to be under obedience as also saith the law. And if they will learn anything, let them ask their husbands at home: for it is a shame for women to speak in the church.”

The other passage, 1 Timothy 2:11-12, reads, “Let the women learn in silence with all subjection. But I suffer not a woman to teach, nor to usurp authority over the man, but to be in silence.”

Hogue has served as mayor for 12 years and chose this year not to seek another time. The May election in which he was to be replaced was postponed until November because of concerns about COVID-19, leaving Hogue in office until then.

Since the email surfaced, there have been mounting calls on social media sites for Hogue to step down immediately, or be removed from office.