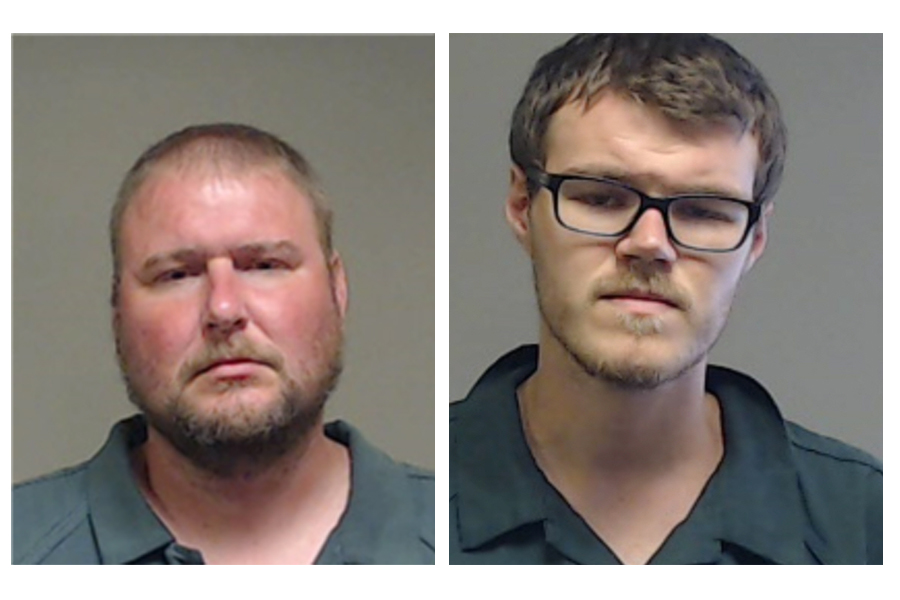 Two Wylie men were arrested recently by Collin County Sheriff’s Office deputies on charges of animal cruelty and possession of child pornography and remain in jail under bond.

Arrested on July 10 were Sean Erroll Bartlett, 38, and his stepson Logan Ray Bridgefarmer. Bartlett faces both felony charges and was jailed under $150,000 bond and Bridgefarmer was in jail under $75,000 bond on the animal cruelty charge.

Capt. Nick Bristow reported that deputies received information that led to execution of a search warrant at a residence in the 100 block of Pheasant Ridge in Wylie.

While executing the warrant, deputies discovered child pornography on a computer and a video produced by the two men of a dachshund dog being tortured, Bristow said.

Bartlett and Bridgefarmer were booked into Collin County Detention Center.

EXPECT DELAYS IN THE AREA OF BROWN ST/KREYMER LN FOR THE NEXT 1-2 HOURS DUE TO CONSTRUCTION. AVOID AREA IF POSSIBLE. ... See MoreSee Less
View on Facebook
· Share

Run for our Heroes event April 17

Becky Welch said a person’s loved ones are never truly gone as long as their stories are shared. An event in Wylie on April 17 helps do that for people wanting to remember one Wy­lie native. Run for o
View on Facebook
· Share

The Texas Department of State Health Services released updated COVID-19 information for April 14. All counts, except for hospitalized cases, are compiled from the TDSHS website. State officials listed
View on Facebook
· Share

It was an eventful two weeks for the Wylie Lady Pirates, who won four games by a combined score of 66-0 to find themselves tied for first place in the District 9-6A standings. On March 30, Wylie began
View on Facebook
· Share