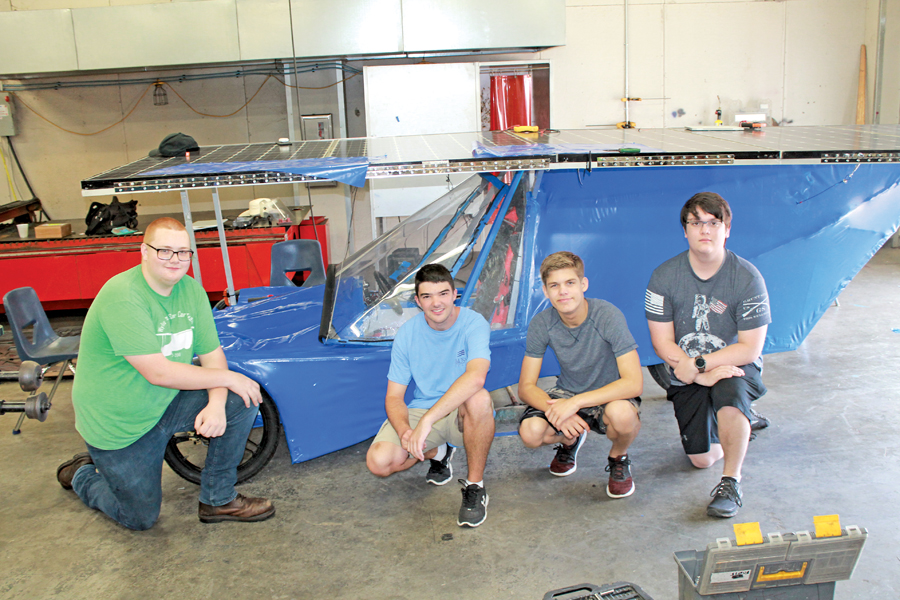 With a few tweaks, the “East Beast” solar car of Wylie East High School hits the track again next week to compete against teams from across the country in the 2019 Solar Car Challenge.

This year, solar cars built by high school teams report to Texas Motor Speedway for a week of activity that includes four days on the track. In 2018, WEHS students placed second in their class in a race from Fort Worth to California.

“We are a little different than we were last year,” Tony Roseberry, CTE industrial trades teacher said.

“We took off about 60 pounds and have a lighter front end,” the teacher explained. “We keep finding more ways to lighten it.”

The racer, powered by an electric motor that is charged through solar panels, now weighs in at about 725 pounds. Between the 2017 and 2018 races, the team cut the car’s weight by about 150 pounds, partly by replacing a steel frame with an aluminum frame.

The Texas Department of State Health Services released updated COVID-19 information for May 10. All counts, except for hospitalized cases, are compiled from the TDSHS website. State officials listed n
View on Facebook
· Share

The Wylie Pirates track and field team had two competitors competing at the UIL 6A State Championships, led by Luke Lambert.  After winning the UIL 6A cross country state championship in November
View on Facebook
· Share

Girls seem to lose interest in science and math and STEM jobs (science, technology, en­gineering and math) at some point in the academic careers, research shows. Michelle Foley theorized why she think
View on Facebook
· Share