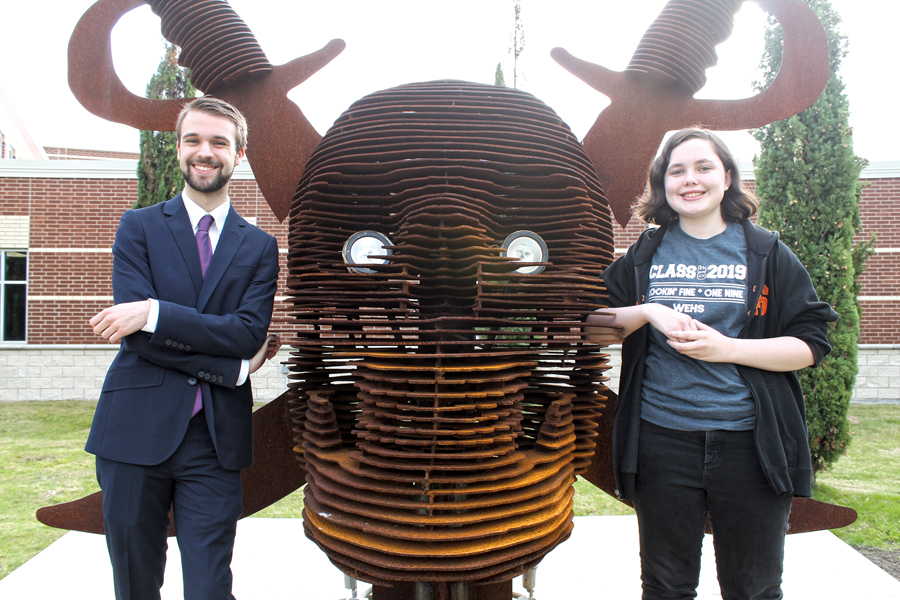 After four years of studies at Wylie East High School, the valedictorian and salutatorian wound up in the same positions at which they started, first and second.

Earning the valedictorian title was Jaxson Hill, while Kellie Meyers is salutatorian. The difference was slight with Hill posting 5.9033 grade point average on a 6.0 scale and Meyers earned a 5.8533.

Hill, 17, is the son of Joe and Jill Hill. He attended Wylie schools from kindergarten through senior year and will head to Harvard University in fall.

He will study for a bachelor’s degree in mechanical engineering degree and a master’s in aerospace engineering.

Fire ripped through two homes in Wylie last week, in­cluding one that displaced 10 people. The other fire damaged a home of a family of four and their three cats. Wylie Fire Departments crews re
View on Facebook
· Share